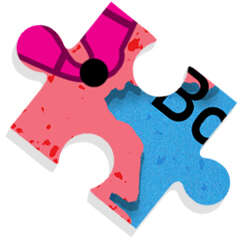 If you look at the 457 miles of Amtrak’s Northeast Corridor (NEC) rail lines, you’d see what looks like uninterrupted service up and down the East Coast. The Acela Express line runs from Boston down through New York, Philadelphia, Baltimore, and Washington D.C., while the Downeaster line connects Boston to northern reaches of New England, through New Hampshire and up to Portland and Brunswick, Maine. But zoom in on Boston, over the North Station and South Station, and you’ll find a tiny hole -- just 1.5 miles -- where the two lines don’t meet in the middle, splintering East Coast transit, snarling commutes on Boston’s T subway system, and fracturing regional rail lines.

For decades now, proponents of what’s known as the North-South Rail Link have been fighting to connect the stations with an underground tunnel that would run underneath downtown Boston, and simultaneously fix commutes while unifying the entire east coast rail corridor.

At a recent Town Hall in Newburyport, Massachusetts, a woman stood and told Representative Seth Moulton about her commute into Boston from Lawrence, a suburb of Boston that connects to North Station via a regional rail line, but not South Station.

There’s only one running train to get her into work by 9am after she drops her kids off at school. Driving isn’t an option, because Boston has the worst rush-hour traffic in America. People who’d otherwise want to stay in the area are moving away because they can’t afford to buy houses in the city proper, and if they want to move out into the suburbs, public transportation just isn’t set up to get them to jobs downtown.

Maybe it’s a regional problem, but what, if anything, could the federal government do to help?

“The federal government should fund the North-South Rail Link,” Moulton said. The audience laughs -- not in a skeptical way, but in commiseration. The project has been stalled for decades, while Bostonians endure a T subway system in which the Red, Silver lines have no access to the North Station, and the South Station is cut off from the Orange, Green lines. (A fifth Blue lines connects to neither station.)

What that means is people who live on the North Side don’t really have access to the large job market in South Boston.

“Let’s say you have a job opening on the South Shore right now,” Moulton says. “You basically just can’t take that job, because no one is gonna do a two-hour, three-hour drive to work. But if you could get there by 40 minutes, on a clean, fast, modern, European-style train, then absolutely. It doubles or triples the job opportunities and the housing opportunities for everybody in Boston.”

A fully linked-up regional rail system would, according to Moulton, make the Massachusetts housing market more affordable because it would improve access to housing in places where it’s is cheaper. It would connect all the T system lines except the Blue.

On the federal level, Moulton says that everyone he’s spoken with from Connecticut, Rhode Island, New Hampshire, and Maine believes that constructing the tunnel is a good idea. “They all understand that completing the Northeast Corridor is good for their states,” Moultan said. “The only real opposition is from people who just don’t want to make infrastructure investments, don’t want to spend the money. It’s Republicans in Congress, the same Republicans who are balking at the President’s infrastructure bill.”

There is also at least one other source of considerable opposition -- the Massachusetts Department of Transportation, from inside which Moultan says he’s received numerous notes of support warning that “there are people within the building trying to sabotage this decision.”

To understand the fear of the North-South Rail Link, we have to talk about the Big Dig, a colossal undertaking to reroute the Boston’s main highway into a tunnel. Dragging on for all of the 1990s and into the mid-aughts, it was the most expensive highway project in US history (more than $24 billion), a fiasco of construction delays and botched execution, a nightmare for commuters or anyone who needed to get anywhere downtown, an albatross that Boston won’t pay off for decades. This has led, rather understandably, to what Moulton and various Rail Link proponents refer to as “the Big Dig hangover”: profound anxiety that another big underground project would tear up downtown Boston in the same way.

But while the North-South Rail Link is indeed another big underground project, it is a less complicated project that doesn’t carry the same risks or potential for cost overages, especially with advances in tunneling technology. The engineering method proposed for the North-South Rail Link -- a tunnel-boring machine (TBM) -- would allow all the construction to take place underground as opposed to digging from the top down, meaning life and business in downtown Boston wouldn’t be disrupted. Similar projects have already been completed in dozens of cities around the world. London has two cross-city rail links, and is in the process of building a third that stretches clear across the city, a whopping 73 miles.

Citing the Big Dig as a cautionary tale, opposition to the North-South Rail Link centers around disruption and cost. MassDOT recently completed a feasibility reassessment that priced the tunnel at around $9 billion with two tracks and nearly $18 billion with four. MassDOT’s estimated cost has been hotly contested by transit activists because cost was the only thing estimated, rather than factoring in the economic benefits that could follow.

“It’s ridiculous,” Moulton told Thrillist. “You make decisions based on cost-benefit analysis, and the state just did a cost analysis. And not only that, but their cost analysis was hugely inflated.”

Moulton, an ardent supporter of the project who also happens to be running for the 2020 democratic Presidential nomination (though currently polling at less than 1%), cited an independent study from the Harvard Kennedy School, which found the estimated cost to be around $4 billion for two tracks and $6 billion for four.

The benefits would be many. Public transportation is also a crucial resource for escaping poverty, and proponents of the tunnel are adamant that Boston’s growth stagnates without it. With it, people who live in cities like Newburyport wouldn’t be cut off from the job opportunities in downtown Boston. And Amtrak riders could make connections all along the East Coast, with uninterrupted passenger rail service from Washington DC to Maine.

“This is the kind of transformative infrastructure investment that America needs to compete in the 21st century, and it’s something that’s being done all around the globe,” Moulton said. “So it’s not novel. But it is critical.”