Because $29 roundtrip flights always come with a catch. 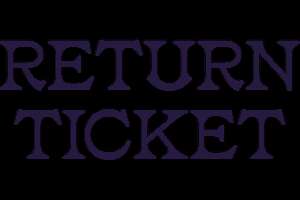 As airline prices keep spiking (thanks, pandemic!) and flights are nearly doubling in price, low-cost carriers have never looked more appealing—especially when you can fly around Europe at bus-ticket prices.

It’s easy to get sucked in when airlines flash fares like $99 flights to Italy and $9 flights to Jacksonville (who cares, it’s NINE DOLLARS). And, depending on how you travel, the pay-only-what-you-need model makes sense, too. If you never check a bag, don’t need extra legroom, and prefer an airport bar, why shell out more for a ticket? The a la carte system works so well, even legacy carriers have caught on.

But, if something seems too good to be true, it probably is. Hidden fees, quirky flight routes, and baggage limitations can come as a surprise for even the sharpest travelers. But, if you know how—and when—to book, flying budget can be a surprisingly pleasant experience. We reached out to our team of travel writers who’ve taken discount airlines from Bangor to Bangkok to hear some of their tried-and-true tips for flying the frugal skies.

​​Don’t get suckered by a sticker price

The $55 one-way flight on Spirit might look good compared to a $200 flight on American, but assume that Spirit will charge extra for anything and everything short of the air you breathe. Need a bigger seat? Checking a bag? Bringing a pet? Want to choose your seat? Tack those extra fees onto that dirt-cheap base price, then make your decision. Taking a glance at a chart of an airline’s respective fees lets you calculate quickly when comparison shopping.

If you’re only traveling once or twice a year, this may not apply to you, but if you’re bouncing around a bit more, you may want to purchase an annual membership, like Spirit’s Saver$ Club, to score discounted fees. Sometimes the crazy-cheap deals are actually only offered to members, so that annual membership (which is less than $6) will take you a long way.

Nobody loves email spam, but for airlines like Frontier, signing up for the email newsletter often gets you early access to fare sales. We once scored a $54 roundtrip ticket from NYC to Miami simply because we saw the email and booked right away. Also, budget airlines don’t always show up on popular money-saving search engines like Skyscanner, so regularly checking the actual sites is often the best way to find deals.

Research the size of the airplane (and your legroom)

Especially when flying international, do your homework on how much space you’ll have so you know what you're getting yourself into. I made this mistake back when AirBerlin still existed; I didn't know they had almost no leg room and didn't buy a bigger seat. The industry term of art is “pitch”—basically, the front-to-back floor space a seat occupies, and the source to vet that is SeatGuru. For instance, some short-haul Spirit configurations shrink their pitch to just 28 inches. If you’re more than 5 feet tall, you’re going to feel that pinch.

Budget airlines love to overestimate their punctuality. So, if they offer you a tight window for a connecting flight, give it a hard look. On a recent trip between Montreal and Berlin, one flight was delayed, leaving everyone on the plane with a connecting flight twiddling their thumbs in the airport for almost a full day. A too-good-to-be-true turnaround time is often exactly that, and since not every budget carrier flies daily, you may be stuck for a few extra days waiting for the next flight out. And if you miss your flight and it’s on a different airline, you may have to rebook altogether.

When flying internationally, it’s sometimes cheaper to book in local currency if you have a travel credit card that doesn't charge fees on international transactions. In your search settings on the airline’s website, you can change the country from the United States, or alter the .url extension—for example .com/it for Italy—or choose to see prices in euros rather than USD.

This New Budget Airline Will Offer Super-Cheap Flights to Europe

Another way to go on your dream European trip without breaking the bank.

During high season, budget airlines price flights to popular vacation destinations (Greece, Croatia, etc.) attractively low so they can squeeze you on the way back (a 10 euro flight deal to Sofia, for example, might have a 150 euro return). Wait until the very last minute and you’ll usually be paying for it. A friend got especially burned when, after a 40 euro flight to Athens, Ryanair decided to cancel a slew of flights to accommodate staffers with vacation time. A return flight that usually clocks in around 150 euro jumped to 350 just a few days before departure.

Know when the upgrade is worth it

A super-cheap flight isn’t worth it if you deplane feeling like a shell of yourself (if you struggle with nine hours in economy on a major airline, this is way, way worse). When you’re selecting add-ons, have an honest conversation with yourself about what you need to actually be comfortable. On longer-haul flights, for example, shell out to pick a seat in advance and reserve room in your budget for a carry-on bag, if needed. If it's a crowded route at a popular time of day, maybe buy priority or speedy boarding to ensure your bag gets in the overhead bin. For a flight less than three hours, maybe save your cash. It’s simply easier to put up with a middle seat in the back of the plane on a short dash.

And know when to splurge for first class

You may be flying budget, but that doesn’t mean you can’t travel in style. When flying JetBlue to London, for instance, weigh their Mint option, the low-cost carrier’s version of first class. The section is entirely suites with lie-flat seats (and memory foam pillows) and the largest TV on a U.S. airline (this is a perk worth considering, since movies are the main way you'll be getting through the flight). That upgrade not only includes freshly shaken cocktails and curated menus on board, you’ll also have access to Mint’s own check-in area and priority boarding. If you’re going to be buying a lot of a la carte services anyway, consider the package upgrade.

Factor in your trek to the airport

Particularly in Europe, budget airlines such as Ryanair and easyJet mostly run out of secondary, smaller airports like Paris's Beauvais, which is a good hour and a half from the city. Getting from those airports to the city centers may be slower and more expensive, so factor the extra cost and extra headache into that cheaper ticket.

What It's Like to Fly from the U.S. to Europe on Play, Iceland's New Budget Airline

Play, a low-cost airline flying to Europe through Iceland, just had its first flight out of the US.

Assume nothing is free, so show up prepared

Anything you could qualify as a “good” or a “service” has a value, right? Well, be prepared to pay up for pretty much every last one of them. Want to get your boarding pass printed at the Spirit counter? That’ll be $10. (Or free at the kiosk.) Want to talk to a Spirit rep when you book? That’ll be $35. (To encourage you to book online.) The bottle of water or can of ginger ale you get for free on Delta will run you $3.50 on a Spirit flight.

If you want to fly dirt-cheap, just prep. Pay for any bags you’re going to check as you book, not at the airport. Bring an empty water bottle to fill in the airport bathroom. Eat before you fly, and bring snacks along. Basically, just act like a grown-up in charge of your own groceries and you’ll do great.

Get there ridiculously early—even if you’re already checked in

Again, international budget airlines often run out of smaller airports prone to long lines and chaotic service. Sometimes gates aren't announced until as little as 10 or 15 minutes before closing. EasyJet, especially, is known for being incredibly strict about gate closing times. I learned this the hard way in Berlin, despite arriving two hours early, when the security line was completely backed up and the staff kept insisting I had enough time. I ran to the gate and it had already closed, and although the plane was still sitting there, the staff wouldn't dare open that door.

Try to avoid checking a bag

Now’s your chance to travel light. Checking bags is expensive, and if your bag gets lost, customer service will be less than agreeable. Sizing standards for carry-on baggage vary among North American, European, and other continental carriers, so get yourself a small, sturdy bag (and check if there’s a weight limit, because airlines will most likely make you check if you’re a pound over). Your roller might be denied in the cabin, and if that happens, they’ll hit you with another fee—Spirit charges $89 to check at the gate for some flights.

Wear as much of your luggage as possible

An 11-euro-per-kilo excess-baggage fee will certainly put a damper on your $10 Ryanair ticket. Sometimes it’s worth putting on a few extra sweaters and leggings under your jeans to keep bags light—and now you won’t have to worry about getting a blanket, which they’d 100% charge you for.

Be prepared to be much more patient

You're allowed to get upset if an expensive airline has major delays or if you paid for extra leg room and didn't get it, but the unofficial motto for every discount airline is "go with the flow." Sixty bucks to fly cross-country is a pact with the devil and you know it. So just do your best to sit back and chill.

If you have a problem, take to social media

Tweet at them. Spirit’s actually an OK airline, in the grand scheme. Take the time they canceled my flight because of a pilot strike. They booked me on a flight leaving the next day and gave me $50 for my troubles. Not exactly a ransom, but it was something. Neglectfully I let the voucher expire, so I tweeted at Spirit (which was once, but is no longer, an autopilot account) and turned on the charm. “I love you guys, you’re the best, you’ve always been so helpful, much more helpful than @AmericanAir. What can you do for me about this voucher?” And they gave me a new one. And on Spirit, I mean, hey, $50, that’s like a round-trip flight to Miami for one tweet.