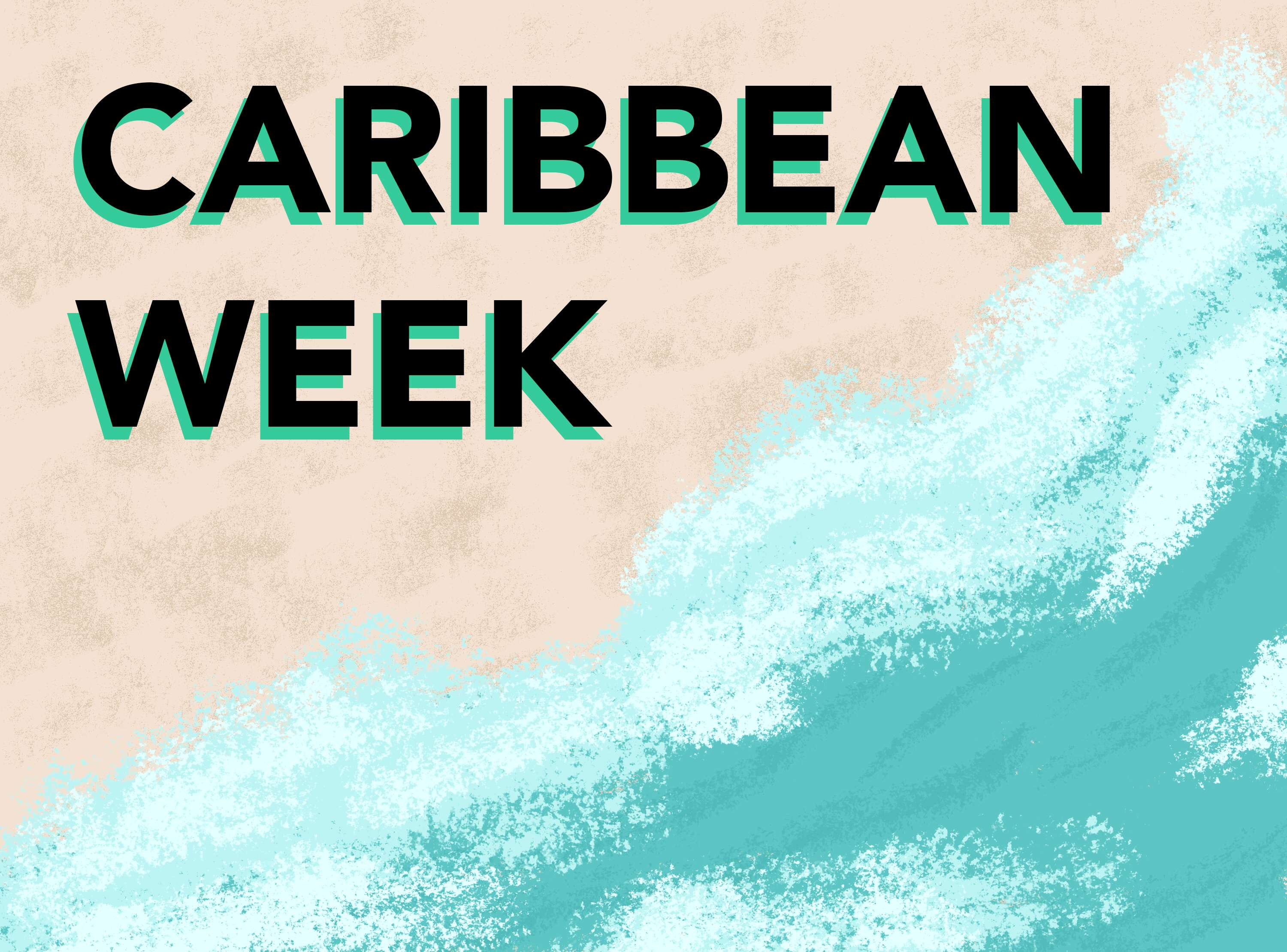 "How'd you like that landing?" my driver asked me as I appeared out of baggage claim looking completely frazzled. This seems to be the common follow-up question when visitors touch down in Dominica for the first time. "Looks like you gonna crash in them mountains, ah?" followed by a hearty Caribbean laugh.

This is how the island of Dominica (pronounced Doe-min-EEK-uh, and NEVER to be confused with that hotbed of baseball talent to the north) welcomes you: with a death-defying landing in the middle of jungle mountains at Douglas-Charles Airport. Right off the bat, you know this place is not to be messed with. It's as beautiful as it is rugged, and it will push you to your limits to experience that beauty in full. A typical Caribbean vacay it is not -- which is exactly why it's one of the most underrated, untouched-by-tourists destinations in the hemisphere.

The most unspoiled paradise in the Caribbean

Have you ever found yourself vacationing in a stunningly beautiful place overrun with sunburnt tourists and thought, "I wonder how spectacular this was before the whole world showed up?" Well, Dominica is your answer. This is the most undeveloped island in the Caribbean, a 300-square-mile piece of lush tropical jungle where nature still reigns supreme.

Dominica's flush with thunderous waterfalls, crystal-clear rivers, and mountains that shine 14 shades of green on a sunny day. The Atlantic crashes into boulders along black sand beaches and mist engulfs palm trees along the shore. The entire island smells like a spa, full of thick, steamy air scented with the sap from gum trees. It's the kind of place that restores your faith in the power of nature.

Dominica is a dream for hikers, and sort of feels like exploring the island in Lost (sans smoke monsters and polar bears). Hikes here aren't just challenging nature walks to some scenic overlook; they're treks through comically sized wilderness to scenery you thought only existed in CGI. Even the trails themselves are majestic, with the Atlantic and Caribbean intermittently peeking out between mangroves and ferns.

The trail to Boiling Lake, the most well-known attraction, is a two-hour (one way) odyssey through thick jungle, across the "Valley of Desolation" filled with steam and rock, past bubbling hot springs, and up and down sheer emerald hills until you finally arrive at a lake that boils from volcanic heat like a giant's kitchen pot.

But for every absurdly cool hike you take, your guide will tell you about an even better one -- like the trail to Morne Diablotin (mountain of the devil), where the clouds get so thick you can't see the trees in front of you. Or to Victoria Falls, which leads through a shallow river and over boulders to a clear swimming hole at the bottom of a 200ft waterfall. If that doesn't impress, you can rappel down the side of one waterfall, into the hidden canyon below where you'll find seven more.

There's always something that's yet to be discovered

Not every natural marvel on Dominica is marked by a trailhead. "I knew this farmer -- he was chasing his pigs one day and found two waterfalls on his property," Beverly Deikel told me. She owns the Rosalie Bay Resort on the southeastern coast of Dominica (more on that later). "There's always something undiscovered on this island."

It's advantageous to buddy up with a local guide who will show you to their favorite secret spots, like this one: If you pull off the road near the village of Morne Fragate, there's a trail leading straight down a gorge. Take a left near the bottom and you'll find yourself at a hidden swimming hole surrounded by ferns and vines, with a small waterfall dumping into a clear pool. Go right and you'll find another waterfall, dropping into a stream that's equally clear and refreshing.

"I've been coming here for five years," local resident Patris Oscar said as he took me down the gorge. "I've seen one other person here, ever."

Oscar knows how good it is to have paradise all to yourself, but he also knows the downside of living there: It's hard to make money.

Oscar co-owns the Rosalie Bay Resort with Deikel, his partner. Billed as a boutique eco-resort, it's easily noticeable by its giant windmill, which, when operative, provides enough energy for the entire resort and some of the surrounding area. Rooms at this relaxing waterfront gem go from $225 to $555 a night, and it's frequently listed among the top hotels and resorts in the world. It's not just the best place to use as a jumping-off point to explore Dominica's rugged wilderness; it's pretty much the only option.

A very brief history lesson: Dominica was once a major exporter of bananas to the UK, but as globalization spread and Chiquita could export more cheaply from South America, the agricultural economy here dwindled. Drumming up a thriving tourist industry has been a challenge -- the airport is too small for large jets from US hubs, so visitors hop a small plane from a neighboring island. Even with cruise ships making regular stops, the island gets fewer than 70,000 visitors a year.

Oscar and Deikel started their resort to help build up employment. "The intention was never to accumulate money or make profits," said Deikel, a former Minnesotan who fell in love with the island in her youth and has lived here for 20 years. "We're still pushing to make it a successful business. We've been at it for six years, spending money to keep it open. Because if we go, so does everyone in this area."

Rosalie Bay Resort is currently the biggest economic driver in Southeast Dominica, providing 80 full-time jobs for the 5,000 people who live in the area. Walking through the village of Morne Fragate with the man they call "Mr. Oscar" was like walking around with the mayor -- people approached him to chat and shake hands at nearly every roadside bodega.

Locals here live off the land

Because the economy is so undependable, the people of Dominica literally live off the land, so it's perfectly normal to see a man walking down the street with a machete. The hillsides and roadsides double as huge public gardens where people plant crops for their own consumption.

"Everybody in Dominica has a machete," said one of my guides, Lionel, who's lived his whole life on the island. "That's how they get their food." He motioned to a man standing by the side of the road, lopping some unseen fruit off a bush. I asked him if anyone ever takes other people's crops.

"Sure, that's just part of it," he said. "But, you know, sometimes they take stuff and it tastes terrible, so joke's on them." He laughed that quintessential joyous Caribbean laugh of someone who lives in paradise.

The upside for tourists is that because Dominica can grow its own food, the island isn't very expensive once you get here. And despite the poverty, crime is incredibly rare. "There's something about it being underdeveloped that I really love," said Deikel. "It's good here. You can use the nature that's here to live a better life. A healthier life."

Still one of the safest, cheapest, and most accessible islands in the Caribbean

An island as stunning and wild as this typically involves a painfully long, expensive flight, followed by two boat rides and a bus into the jungle. But Dominica is surprisingly accessible and cheap to get to -- it's one stop from most major East Coast hubs, connecting though Barbados, St. Martin, or San Juan.

Dominica is just as exotic as the jungles of South America, but far safer and easier to navigate -- plus, almost everyone here speaks English. It's all the tropical, rugged beauty of Hawaii, without the tourist-gouging prices... and without the tourists.

What Dominica lacks is the stuff most Americans come to the Caribbean for: white sandy beaches, big all-inclusive resorts, and overpriced fruity drinks. If you want to lay on the beach and get a tan, Dominica is not for you. But if you want to challenge yourself in ways you never have, to see things you never will again, it's the best destination in the hemisphere. And for now, at least, you won't have to share it with anyone.

Matt Meltzer is a staff writer with Thrillist who was asked by at least seven different people how he liked the Dominican Republic. Learn some geography and more on his Instagram @meltrez1.