The Dumbest Things Travelers Did in 2015

This year will no doubt go down as the one when more people died taking selfies than from shark attacks. Because it was. Of all the stupid things that travelers did in 2015, an alarmingly high number of them involved those dreaded, banned-in-finer-museums picture poles.

But even people who weren't acting like narcissistic buffoons managed to do some pretty idiotic stuff. And we're not even talking about the most ridiculous things that happened on airplanes. Nope, these are just 13 dumbass tourists doing their thing. 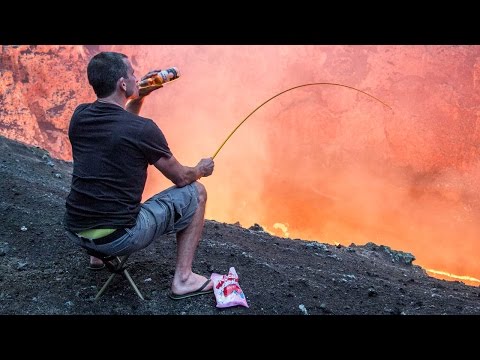 Not that anyone would accuse a self-declared “daredevil” of demonstrating good judgment, but maybe if you’ve got a hankering for s’mores, there’s a safer way to make them than by hiking to the top of the Marcum Crater in Ambrym, Vanuatu and roasting your marshmallows over a 2,000-degree lava pit. Just a thought. Simon Turner, however, disagrees. And he's the one who did it, managing to even crack a beer and make a funny video along the way.

When you’re hiking in the Ural Mountains of Russia and come across a grenade with the pin pulled, the first thing to do is run like hell and pray it doesn’t go off, right? Well, yes, but obviously you need to get a selfie with it first! Or so thought two men (Darwin Award candidates?) this year, who sadly blew themselves up in the middle of taking said selfie. Credit to the phone manufacturer, though -- their smartphone survived.

Passenger leaves bag of vomit in seat back

Though we certainly appreciate this guy taking our advice and not pissing off his flight attendant by handing her a bag of puke, leaving it in your seat-back pocket isn’t exactly the best alternative. Yep, one of the dirtiest parts of the plane got even dirtier in September when a traveler on a Honolulu-to-Sacramento flight found an air-sickness bag filled with sickness stuffed in her seat-back pocket. Even worse, it dripped on her when she tried to hand the bag to the flight attendant. Ewwww.

Because their vacation pictures were clearly more important than the propagation of an entire species, a mob of tourists at Costa Rica's Ostional Wildlife Refuge decided the annual march of the sea turtles was the perfect time for some... sea turtle selfies!!! Only problem: the turtles didn’t agree. So when the turtles arrived on shore and attempted to lay eggs on the beach like they’ve been doing for, you know, ever, they were met with a horde of gawking tourists. And as any creature might do in the same situation, they immediately turned back into the ocean without laying said eggs.

Man gored by bull while taking selfie in Pamplona

Another possibly ill-advised place to take a picture of yourself? In the streets of Pamplona, whilst being chased by a bunch of angry bulls. Sure, just DOING the running of the bulls might be considered dumb by a lot of people, but at least if you're “running,” your chances of survival are pretty good. It's not called the “Standing in the Street Taking Selfies of the Bulls” for a reason.

Couple breaks up on plane, gets live-tweeted

Public breakups are typically not the most considerate thing a couple can do to everyone within earshot, unless you think other diners enjoy a heaping side of “you never really loved me” with their pork belly. But at least at a restaurant folks can leave. Unlike those poor passengers forced to witness one VERY public breakup on a plane that was, of course (so perfect), stuck on the tarmac. Brutal. Some woman named Kelly Keegs became a mild (and brief) Internet celebrity by live-tweeting the entire event. 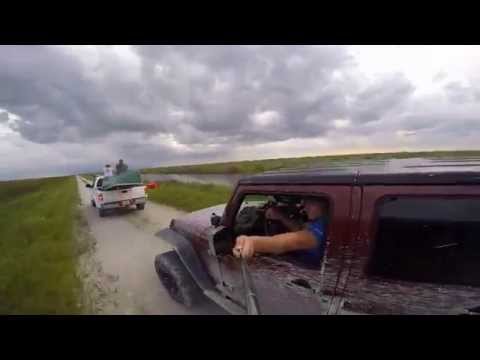 Man selfies his way to a canoe in the face

There really just aren’t a lot of scenarios one could imagine where a canoe comes crashing through your windshield. Holding a selfie stick out the window of your Jeep in the middle of a swamp and taking your eyes off the road, however, is apparently a pretty good one. Lesson learned, kids: don’t drive behind trucks with canoes.

Never let it be said that the sisters of Kappa Theta don’t believe in solidarity. So what if one of them is held up by TSA because the souvenir journal she got at a national convention was mistaken for explosives? That shouldn’t stop ANY of her sisters from standing with her and leaving those journals in their carry-on bags, even if it DOES effectively shut down Houston’s Hobby airport while TSA inspects every. Single. One. Then again, hey, at least they didn't make this recruitment video.

If you didn’t hear the story about the Minnesota dentist who paid a huge fee to hunt the beloved Cecil the lion, well, lucky you. It was the outrage of the summer, when the Midwestern tooth doctor took a big-game hunting trip to Zimbabwe and killed the famous lion. Not realizing the Internet isn’t so fond of illegal lion-killers, he caused a literal international incident and got some of the worst Yelp reviews ever left for a dentist.

In perhaps the only ridiculous pet snake story that didn’t come out of Florida, a man decided the best way to smuggle his pet boa constrictor onto a Philadelphia bus was by... WRAPPING IT AROUND HIS NECK. The snake somehow got loose (huh? How did he not notice the snake was missing?) and, while nobody was injured, the bus was evacuated.

Man smuggles wife in a suitcase

If you’ve ever had your girlfriend playfully say something like, “You could TOTALLY fit me in your suitcase” while you packed for a business trip to Hawaii, show her this story: a man in his 60s was stopped at a train station in Terespol, Poland, when authorities noticed he was having trouble moving a REALLY overstuffed suitcase. When asked to open it up, out popped his 30-something wife, whom he was attempting to bring on the train without paying for an extra ticket. Guess it's safe to say that, despite the age difference, she was probably not with him for his money.

Just because what was called “lawless graffiti” in the '80s is now dubbed “street art” doesn't make it any less lawless. Which is why the two California men caught going all subway station on the Roman Coliseum -- and then Instagramming a selfie of themselves in front of it -- are just plain stupid, and not artistic at all.

Getting to the very top of a slowly ascending roller coaster and having the car stop JUST before the drop is kinda like someone stopping a really good rendition of "In the Air Tonight" right before the drum solo. So imagine the adrenaline-ruining frustration of all the folks on the California Screamin’ coaster at Disney California Adventures when some jackass pulled out a selfie stick at the peak of the coaster and caused the whole thing to be shut down for TWO hours.

Matt Meltzeris a staff writer for Thrillist who got his pet boa certified as a comfort animal so everyone will be cool with it. Follow his travels on Instagram: @meltrez1.