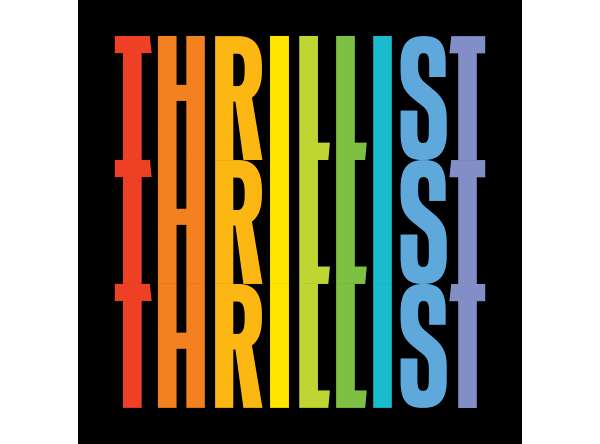 A friend recently asked me if I considered myself a dyke. I hesitated, despite having screamed “I’m a dyke” over t.A.T.u. at a lesbian bar a few days ago. It certainly wasn’t the term I chose to explain my infatuation with women to my unsuspecting father, nor is it a word every lady-lover feels comfortable wearing on a T-shirt. All I know for sure is that I associate the word with power, and feel my most dykey as I watched queer people organize protests, populate Spotify’s Top Hits Playlist, and, of course, sit proudly at Cubby Hole with their legs spread from Brooklyn to the Bronx -- taking up space in the most literal sense of the word.

“For me, dyke is a term that has been directed at women who, through sexual relationship practices or otherwise, don’t do what women are ‘supposed to do.’” Adrienne Hill, a committee member from Buffalo Dyke March, told me.

Hill identifies with the term dyke. “It’s all about wearing that accusation like a badge of honor, and expanding what is possible for everyone by refusing to follow arbitrarily imposed social rules.”

Much like “queer” and “queen,” the word “dyke” has been reclaimed as a means of empowerment in the face of oppression. Reclamation functions by taking a person’s slander and changing its pitch, adding a kick snare, and creating something harmonious with which we can celebrate ourselves.

Robbie Butler, a lesbian in her 60s who was on the Buffalo Dyke March’s founding board, says that dyke is a word she had to fight for.

“I can remember many times walking down the street,” recalled Butler, “and a car would pass and some guy would yell out the window ‘dyke!’ I would say, ‘Yeah, you’re right. Look how right you are. I earned that. Thank you, and fuck you too.’”

But Butler says she had to fight to use the word both outside and within the LGBTQIA+ community, highlighting a shocking reality for some intolerant folks: “The queers” are not one single consciousness, retweeting the exact same social commentaries, aggressively pursuing a homosexual agenda. We contain multitudes, and our differences are especially apparent in recent years as a growing number of community members publicly scrutinize massive, corporate-sponsored pride parades.

Firstly, critics of Pride believe it caters to cis gay men. Consider many Pride ads, which resemble some version of an ever-oily lumberjack Thor in a rainbow jockstrap, photographed from beneath the bulge to highlight his tree trunk legs, with a caption like “Come to the MEATpacking District for Pride happy hour.” Sausage festival aside, the programming for Pride is incredibly white-centric; the addition of a brown and black stripe to the Philadelphia rainbow flag is only one example of how public discourse is shaping a new image of Pride.

Critics also believe that the corporate-sponsored Pride parades are just an opportunity for businesses to congratulate themselves and get some colorful advertising. For the same reasons, some people are also mad at Taylor Swift for making a gay anthem, claiming that she’s just queer-baiting and profiting from Pride. I’m not alone in my belief that exposure to tolerant messages is beneficial, especially for queer people that still live in the shadows of shame and fear. That doesn’t mean I didn’t furrow my brow when Taylor and Katy Perry hugged in burger and fry costumes, signifying the end of their public celebrity dispute, at the end of a video supposedly intended to support marginalized groups. Honey.

In NYC, the Queer Liberation March protests corporate involvement in Pride while also creating an inclusive celebration; their goal is to reestablish this time of year as a period to organize and stand against oppression. This all ties back to an ever-present discussion about the Stonewall Uprising, how it’s important to remember that trans women of color facilitated the riots that jump started gay liberation, but are often forgotten or ignored in the narrative.

The Queer Liberation March’s intention reminded me and many others of the Dyke March, which originally began to keep lesbians from being forgotten in the community’s narrative. Along with being inclusive, the Dyke March doesn’t operate within the margins of other parades, as organizers never seek permits, sponsorship or permission. As the NYC Dyke March website states, it’s “a protest march, not a parade.”

Butler lit up as we talked about how the Buffalo Dyke March does things financially. “We don’t even have a bank account, for crying out loud. We have money hidden in places.”

"Look over here, look over there, lesbians are everywhere!”

While the 1993 March on Washington is often viewed as our dyke debut, the first documented literal march of dykes was actually 12 years earlier. The march took place at the Binational Lesbian Conference, where 200+ attendees walked through Vancouver, chanting, “look over here, look over there, lesbians are everywhere.” Then came DC’s 1993 Dyke March, with its larger crowd and massive vagina puppets.

The DC and NYC marches were started by the Lesbian Avengers, a group founded in 1992 in New York’s East Village to increase lesbian visibility through grassroots activism. One of the Avengers’ first demonstrations was a response to a hate crime in Salem, Oregon. Hattie Mae Cohens and Brian Mock, a lesbian and a gay man, were burned to death in their homes during a political movement to basically put homosexuality on the level of pedophilia under law.

In response to the hate crime and political turmoil, the Lesbian Avengers marched through the West Village with torches and charcoaled signs, casually eating fire. In 1994, a writer for The New York Times wrote, “They ate fire, chanting, as they still do: ‘The fire will not consume us, we will take it and make it out own.’”

Dyke protests soon expanded across the country and, eventually, the world.

“I was inspired by the New York City Dyke March,” Butler said. She was getting chills as she recalled that day in 1993. ”I remember women, topless women, climbing to the top of light poles.”

Today, the Dyke March is just as aggressively inclusive and grassroots as it used to be. That’s what makes it so revolutionary. The Buffalo Dyke March organizers have also changed their name to Dyke +, to be more inclusive to all gender identities, an intention that reflects the ethos of dyke marches everywhere. Along with being inclusive, organizations across the world are constantly advocating for causes outside of lesbian visibility.

Unfortunately, this hasn’t protected the Dyke March from community criticism.

The DYKE March — Inclusive or exclusive?

Despite the march’s radicalism and intersectionality, organizers face criticism for being inclusive only to dykes (for the majority of marches, anyone who identifies as a dyke can march, while everyone else is encouraged to support them from the side). This claim obviously makes sense, as the event’s name implies exclusivity. But does a pride march that celebrates an oppressed population and the social causes they care about really function as efficiently if everyone gets a spotlight?

Hill told me that a lot of people who are attracted to the anti-corporate ethos want to be more involved in the march, and that this desire sometimes manifests as an accusation that the march is too exclusive.

“I think there’s a demand on the planners of the Dyke March that they fix other people’s feelings and fix them now,” said Hill. “That might have to do with gender and emotional labor.” She paused. “No, I absolutely know it does.”

This goes back to Hill’s earlier comment about how dyke was the name given to women who were doing something sexually that they weren’t “supposed to do.” It’s easy to describe both the cis male-dominated Pride and the cis female-dominated Dyke Marches as “exclusive,” but that would dismiss the ways traditional gender roles have seeped into a celebration of noncomformity and further oppressed groups. Historically, many cis and trans women have been expected to be silent and agreeable purely based on their gender expression. When non-dykes choose to stand on the sidelines and support the Dyke March, they are legitimizing the dyke experience in a way a general Pride cannot.

That’s not to say that members all along the LGBTQIA+ spectrum haven’t felt silenced in the past, but -- with the exception of the SNL skit-worthy Straight Pride Parade -- one Pride celebration’s existence isn’t to delegitimize another. Plus, community members that roll their eyes at corporate and cop critics can learn a valuable lesson from the dykes: It’s OK to be thankful for sponsorship and protection, but when we ignore history and express only gratitude for forces that have been harmful to us in the past, we are hindering our ability to be fully autonomous, powerful, and proud.

Hill and I also talked about how there has never been anyone policing the boundaries of the term dyke, nor has anyone (that she can remember) ever been denied entry to the march. Regardless, Hill doesn’t think it’s a sin to be specific.

“It’s OK to acknowledge intersectionality and ambiguity within that specificity and to note that the boundaries of any identity are fuzzy. But it’s also OK to say this is the thing we’re focusing on.”

The Dyke March’s focus and history is precisely what separates it from the official Pride Parade and the Queer Liberation March: Dyke Marches were being organized since Pride began its evolution into the paradigm it is today. Regardless of financial concerns and social criticisms, organizers have always and unapologetically focused on dykes, while advocating for causes across the LGBTQIA+ board.

When I think of the word dyke, I am reminded of the many ways members of the LGBTQIA+ community have reclaimed their identities in order to cope with otherwise heart-shattering adversity. With this is mind, it’s easier to understand why people are pissed about mainstream Pride Marches we know today, and how essential the Dyke March is in the community’s history. The dykes’ long-standing commitment to protest has inspired the entire community. They taught us how to take the fire used against us and make it our own.

If you’d like to get involved in upcoming Dyke Marches, here’s the info:

When 12-year-old Ruby realized she might be a lesbian, she cried on a swing while listening to Owl City's "Rainbow Veins." Submit gay poems to her mag @rousezine.