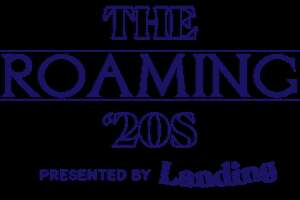 In the midst of a pandemic and a job change, Tamir Vakil was finally living the lifestyle he had always imagined for himself.

He and his partner packed up his Boston apartment and moved to Austin for three months — a city they had visited for long weekends, but never spent much time in. By the fall, they had settled in Charleston, to be closer to friends who had recently relocated there. In April 2021, they were again packing: this time to go to Miami.

“We just wanted to explore cities that are under the category of, ‘I don’t see myself settling down here, but I definitely want to visit, and a weekend isn’t going to cut it,’” Tamir, 28 says. “Everybody is working from home, any job I’m going to apply for isn’t going to ask me to move immediately. So I said to myself, ‘hey, why not try this thing?’”

Pre-2020, “traveling” for Tamir went hand-in-hand with “vacationing” (with the occasional photography gig for a luxe hotel on the itinerary). But once “the office” was redefined to mean anywhere with a WiFi connection, he was faced with a deceptively simple question: Where do I want “home” to be?

Nearly 5 million Americans lived as “digital nomads” before the pandemic, a.k.a. location-independent workers who relied on tech to get their jobs done remotely. From 2019 to 2020, that number saw a 49% increase, with the trend becoming more accessible for those outside of the typical freelance-friendly fields of tech and media. But as more companies announce office reopening plans (or lack thereof), many workers are asking themselves why go back to pre-pandemic routines at all? And if we don’t go back to those old routines, what else needs to change?

“What COVID has done has permanently changed people’s mindsets around living,” says Bill Smith, founder and CEO of Landing, a housing rental startup. “In the past, the only option was to [rent] from year to year, be locked in, move furniture. And I think people have said ‘I don’t want this. I want something different.’”

Bill started Landing in 2019 to disrupt the rental industry, particularly the antiquated, cumbersome, and inflexible parts of it. Rather than signing a one-year-lease agreement with hefty cancelation penalties, Landing “members” only need to give 30 days notice to change cities, and they can transfer their lease to any other apartment in the Landing network without paying additional fees or needing new approvals. (The company operates in 80 U.S. cities currently, with expansion plans on the horizon.) The apartments can be furnished or unfurnished, depending on a member’s preferences, and everything from transferring your lease to fixing a leaky faucet happens in an app.

The idea for the company grew out of Bill facing much of the broken rental system himself when he was looking for an apartment in the Bay Area.

“All these phone calls, emails, etc. By the time I called people, the apartment wouldn’t be available anymore. Then once I found the place I wanted, I had to sign a paper lease. I had to get a cashier’s check. I had to go buy furniture,” Bill says. “It was like, ‘hey, this is a problem I can solve.’

“Everybody’s lifestyle is moving towards this flexibility and convenience that we get everywhere in our lives. You already have it with transportation: I don’t need to own a car. I can get food delivered anytime I want. I can buy a house online. All of these big categories of consumer spending you can conduct online… but you can’t with apartment living.”

Not surprisingly, Landing’s membership grew 10-fold in 2020, with people like Tamir signing up to make their remote living situation more flexible.

“I think people will return to offices, but there will always be more flexibility than there was before,” Bill says. “People that don’t have children, or people who have smaller children and are flexible on schools, they are definitely going to be open to living in multiple places.”

That’s the trend that Melea Seward, director of recruiting at The Hired Guns, has seen first-hand. Her company specializes in placing employees at digital businesses, especially those “at the intersection of innovation and transformation.” With 71% of employed adults doing their job at home as of last December, how we balance living and working post-COVID is likely to be shaped this year.

“Our clients are everything from massive retailers to scrappy startups and everything in between, and we’ve noticed that definitely employees are asking for [flexibility],” Melea says. “Candidates are more likely to ask for flexibility out of the gate even before salary.”

Beyond salary and paid time off, the compensation packages Melea has brokered recently include everything from hotel allowances, to optional relocation packages, to commuting funds. This desire for increased flexibility is becoming the norm for those doing the hiring, too. Companies once based in New York City now have “distributed” teams across the country, and they’ll seek out hiring employees in secondary markets, like Austin or Phoenix, in order to create a “pod” of workers in a new location, she says. Hiring radiuses have also shifted drastically: One job Melea recently placed required applicants to live within a 300-mile radius of NYC, which could span as far west as rural Pennsylvania or as far north as Burlington, Vermont — so, not exactly “commuting” distance.

Those changes are likely to make more people than ever become “digital nomads.” But instead of getting visas to work from the beaches of Costa Rica, Melea predicts more people will live that kind of lifestyle within the U.S.

“The typical digital nomad was younger, often male, had the ability to traverse boundaries without fear of reprisal, and they were social media managers or writers or engineers,” she says. “Now, I think family, and being close to other generations, has an outsized importance. Having the flexibility of work means that people will move around more for connectedness and meaning, rather than variety of experience.”

That’s part of the reason why Landing member Alexandra Scott, a traveling nurse, jumped at her most recent placement at a hospital in Wilmington, North Carolina. It brought her back to her home state after spending the last five years traveling around the country to placements in LA, Hawaii, Nashville, Phoenix, Charleston, and San Diego. (The other reason she chose Wilmington? To be close to the beach.)

“It was about more new experiences: Seeing new places, stretching myself in that way — out of my comfort zone,” Alexandra says of the five years she spent as a traveling nurse. “Immersing myself in the unknown; it was just so exciting and untraditional.”

After years of being jealous of her fiance’s ability to work from home (long before 2020), Alexandra knew it was time to take another leap into the unknown, one that would offer her even more flexibility than what she had as a traveling nurse: a remote nursing position.

“Embracing the unknown and showing yourself what you’re capable of is priceless,” she says. “I hope that everyone can do that or feel that in some way.”