This is the creepiest doll island in Mexico, probably the world

If the Child's Play movies have taught us anything, it's that dolls can be creepy and menacing, and should definitely not be allowed to help make dinner. Or just use knives in general. They also probably shouldn't be nonchalantly hung from trees in various states of decay on an abandoned island, unless you want to freak people out.

Located in the canal-heavy Xochimilco section of Mexico City, Isla de las Munecas is an artificial island whose only inhabitant for decades was a man named Don Julián Santana Barrera. After discovering the body of a drowned girl in the 1950s, he decided to festoon the plot with hundreds of dolls in a well-intentioned and/or insane attempt to satisfy the girl's ghost and keep malevolent spirits at bay. He then spent the next half-century adding to the collection.

To make the story even creepier, in 2001 Santana Barrera reportedly drowned in the exact same canal where he found the body of the young girl. Despite his death, the dolls still hang on the island today, and local lore goes so far as to suggest that they come alive at night. 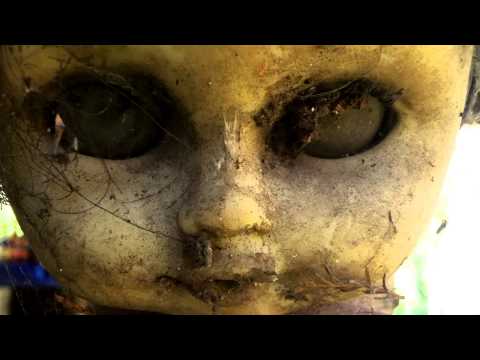 You can take a boat trip down the Xochimilco waterways to see them in person, or you can just watch this video and be freaked out from afar.

Gianni Jaccoma is an editorial assistant for Thrillist Travel. This is his third least-favorite island ever, behind Spider Island and Monster Island. Follow him doll-free on Twitter @gjaccoma.