Vietnam Is a Paradise for Expats. Here’s How to Make It Your Home. 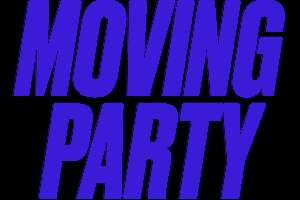 Like many Americans, I first went to Vietnam to connect with family history. My father had served in the war, and my brother and I went there to more or less walk in his footsteps. I fell in love with the country. Before long, I returned, and the only thing that pulled me away from a longer stay was the calamity imposed by the pandemic.

There is much to love about Vietnam. Gorgeous swaths of lush jungle, pastoral farmlands, and majestic island paradises. Vibrant cities rich with both local culture and booming expat scenes. Ancient pagodas and enthralling modern art. The food. Oh god, the food. Amiable, welcoming people. And did I mention the food?

Over the years, Vietnam has grown increasingly popular among the digital-nomad and expat crowds thanks to more practical considerations, too. The cost of living is exceedingly low, especially if you’re working remotely. High-speed WiFi is ubiquitous and more reliable than many places in Europe or North America. It’s one of the safer countries in the world, with lower crime rates than France or Greece (and significantly lower than the US). And while Vietnam is not entirely without its challenges, it’s generally pretty easy to navigate day to day aspects of life like finding a place to live, shopping, and getting around.

“When choosing a city (and country) I wanted to live in… Saigon scored at the top on almost every factor,” said expat Alex Salamanca, director at the Vietnamese herb and spice exporter Savi Spice. “The city has a very young population which makes life dynamic; and the economy of the country and city itself were growing so fast and were projected to grow for years to come that I knew Saigon would be an exciting place to put down roots.”

Suffice to say that if you’re looking to move abroad for a few (or many) years, Vietnam is a low-cost, culture-rich option. Here’s how to make it happen, and why you absolutely should.

MORE:   Take a closer look at Vietnam’s most beautiful places

Vietnam is an easy place to visit, and it’s not overly-difficult to stay for a semi-long-term, but gaining permanent residency status is tricky.

The majority of semi-permanent expats living in Vietnam do so on a tourist visa, which can be acquired easily via any number of online services. While tourist visas used to allow visitors and expats to stay for three months at a time, the rules were recently changed to limit visa duration to one month, “temporary resident” status, which can be extended every 30 days for a small fee.

Most expats thus visa'd take this as an opportunity to visit one of the many other great countries in the region. A “visa run” to Thailand or Cambodia, for example, can be fast and affordable. In other words, travel is built into your lifestyle and you can count on getting to know the wider SE Asia region well while on a travel/visa/repeat cycle.

Expats seeking a bit more stability should look for a local job, which varies in difficulty based on the field you’re in. Many companies—especially those in the tech industry—are seeking outside experts, but first must prove that they’ve sought Vietnamese employees before seeking applications from abroad. If you do secure employment, however, all you’ll need is a letter from the company, a health check, and a copy of your criminal record to receive a year-long, renewable visa.

Teaching English in Vietnam is a solid way to stick around

By all accounts, the easiest way to establish yourself on a more or less stable basis involves working as an English teacher. There is a thriving community of teachers from all over the world, some of whom plan on staying for a single year, while many others stay for much longer.

“I moved here planning to stay a year to teach English and see if I wanted to commit to it as a career,” says Cathy, a 30-year-old teacher from Seattle. “I've now been here for three. My work visas were arranged by my employers. They were paid for and provided in exchange for a year-long contract.”

Most if not all the teachers I’ve spoken with have this same experience, meaning all of their paperwork is handled by their employer. You do need to get your TEFL certification before you can teach, but that can be done via programs in-country, and some language schools even provide the training for you. In any case, you can be proactive and find a teaching job before you head to Vietnam, or once you’ve already arrived. There are plenty of job resources out there, like VietnamTeachingJobs.com or TeachAway.com.

“Finding a job is very easy,” says Cathy. “There are a lot of opportunities out there, running the gamut public school to language centers to universities. However, I can't anticipate what the scene will look like post-COVID. Due to the economic downturn, some of the smaller centers have closed, and folks will have less and less disposable income to spend on extra English classes.”

In other words, while the future is somewhat uncertain, it’s very likely that if you have a college degree and want to move to Vietnam, teaching is your best bet.

Getting permanent residency is tricky

Obtaining permanent residency status is ideal if you’re looking to settle in Vietnam, but it certainly isn’t easy. First you must have already secured your temporary resident status, which is easily obtained by anyone who has a temporary work visa (often provided by teaching and tech jobs. Then—according to the Immigration Department of the Ministry of Public Security—you can file for permanent residency if you are:

1.     A person who fights for the freedom and independence of the Vietnamese race, for socialism, for democracy and peace, and for science, but who is suppressed.

2.     A person with distinguished services contributing to the work of building and protecting the Vietnamese Fatherland.

3.     A person being the spouse, child or parent of a Vietnamese citizen residing permanently in Vietnam.

In other words, either the Vietnamese government has to think you’re a pretty big deal, or you have to marry into it. If you qualify, you’ll receive a residency card that must be renewed every three years.

Where to live in Vietnam

Vietnam offers a lot of great options when it comes to choosing your preferred stomping ground. While there are plenty of attractive places small and large scattered about, these are a few of the most popular options for getting your feet wet.

Ho Chi Minh City (Saigon): Clocking in at just under 9 million people, Ho Chi Minh City—also known by its pre-war name Saigon—is the country’s biggest metropolis. It has a thriving expat community, and as four-year resident Steven Archille, captain at Vietnam Airlines and co-owner of the Escape Lounge & Rooftop, explains, “Being a New Yorker, the energy, bustle, fun, and ‘city that never sleeps’ vibe of HCMC never gets old.” While it’s the most expensive city in Vietnam, it’s pretty easy to find a one-bedroom apartment for $700 or less.

Hanoi: The capital city of Hanoi presents a slightly more traditional Vietnam vibe compared to Ho Chi Minh City. While it has its share of skyscrapers and busy business districts, the old French Quarter and expat Tay Ho districts offer a decidedly more enchanting living experience rich with markets, music venues, pagodas, and artistic hotspots. And the prices are good. I had a Tay Ho apartment with a view of the lake for around $600.

Danang/Hoi An: Expats also flock to the coast, where you’ll find them largely focused in Danang and its pint-sized sibling Hoi An. Significantly smaller than the two main cities, these coastal spots tend to be exceedingly laid back, offering plenty of sun, sand, and seafood. Hoi An in particular is renowned for its sprawling clothing and crafts markets. What’s more, the cost of living is low. In Danang it’s common to find apartments for around $500-600. And I have friends who recently moved into a three-bedroom spot in Hoi An for even less than that.

Personally, I’m drawn to Vietnam again and again because of the leisurely way of life, stunning landscapes, inspiring and lively cities, friendly people, and what is arguably the best food on Earth.

Roxy and Nate, language teachers who have spent three years between Hanoi and Hoi an, expressed a distaste for the pollution of bigger cities like Hanoi and some animal-welfare issues, which are slowly improving. But it’s balanced by a universally welcoming vibe.

“The friendly people who are always willing to help a stranger, offer food or drinks, or just their overall happiness,” they relay.

Cathy, the aforementioned language teacher who has been in Hanoi for three years, similarly enjoys the low cost of living, food and people. But struggled with some distinct culture shock.

“The traffic and pollution can be a bit much,” says Cathy. The work culture here is also quite different, with different views on bureaucracy, punctuality, and planning. Bigger problems like medical issues or visa/work paperwork can be a nightmare.”

Archille, true to his pilot roots, embrace’s the country’s access to singular sights and vibrant tourism.

“Halong Bay is one of my favorites. I have taken numerous overnight cruises and sightseeing flights there and it is one of the most beautiful places in the world. The thousands of limestone islands always remind of those floating mountains in the film Avatar, but on the sea,” he says. “I also love the clear blue water in Nha Trang, exploring the historic side-streets in Hanoi, the seafood in Danang, the charm of Hoi An, and watching daily life on the river in the Mekong.”

For Javier Rodriguez, owner of Anita’s Cantina in Hanoi, the journey to Vietnam offered up the expected challenges that come with taking the plunge and becoming part of a culture. Eight years later, though, he’s found home.

“All the generally difficult tasks like finding a job, getting a visa, even finding an apartment came fairly easily. Day to day interactions were hard though. For someone who enjoys talking and connecting with people, it was a struggle,” he says. “Once I learned enough to communicate, I felt that my experiences really opened up. I was able to connect with the country I was living in.”

Nick Hilden is a travel, fitness, arts, and fiction writer whose work has appeared in the Los Angeles Times, Men’s Health, Vice, Greatist, and more. You can follow his weird adventures via Instagram or Twitter.