We checked in on every strip club in Mötley Crüe's "Girls, Girls, Girls" 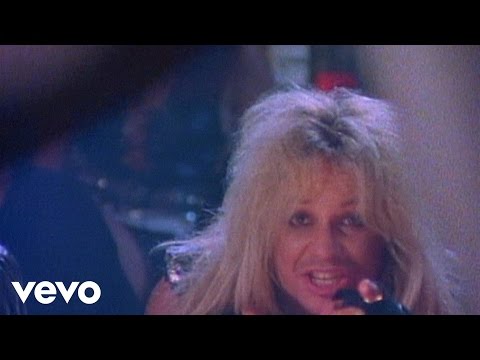 Every so often, philosophers must ponder the unanswerables in life, such as "Whatever happened to every strip club mentioned in Mötley Crüe's 1987 hit 'Girls, Girls, Girls'"?

Well, we answered that question.

These seven venues once held iconic status as THE places to distribute dollars to talented dancers. And some still do -- not counting the Marble Arch, which is now the most condemned building in Vancouver.

Though we failed to hunt down those ménage à trios photos that broke Frenchie laws (sorry), we still mostly took care of this one for you -- so grab your memories and something you can pretend is a switchblade knife, and get caught up in pseudo-history like it's a fishnet stocking.

There's been debate over exactly which place Mötley Crüe referenced when it lauded “The Dollhouse in Fort Lauderdale” in its 1987 hit – largely because there wasn’t a strip club named The Dollhouse in that city at that time. The confusion likely stemmed from Mick Mars not being up on zoning issues, and Nikki Sixx ingesting many drugs, we assume.

The best answer to this question, dredged from the bowels of the internet (and that we’ll ride like a mulleted bronco until Tommy Lee corrects us), comes from back-and-forth commentary that sprung up at Rock Genius.

Initially, someone claimed the song referenced the Sunny Isles Beach-based Thee Dollhouse, opened in 1979, which changed its name to The Beach House Cabaret in the 1990s. This venue took credit for being the club in question until the day it closed in 2011.

However, 11 months ago, a person by the name “ArmenZ” came forth with some new information, claiming:

“The Dollhouse Mötley Crüe refers to was Dollhouse IV on Broward Boulevard in unincorporated Broward County, but in an area that was commonly referred to as Fort Lauderdale by locals, even though it was just outside of the city limits. This club made it into the Crüe song after they hung out there following a show at the Hollywood Sportatorium on the Theatre of Pain Tour in ‘84”.

It’s a solid story we can get behind, and ArmenZ’s claim seems respectable – especially because he totally (allegedly) knew some girls who worked there at the time:

“I know this inside story because I knew a couple of girls who worked at both the 'III' and the 'IV', as well as the Booby Trap, which was originally in Fort Lauderdale, but got driven out to Hammondville Road in unincorporated Broward County near Pompano Beach when Mayor Jim Naugke(sic) cracked down on strip clubs in the city limits in the mid '80s”.

Anyway - there were several "Thee Dollhouse" strip clubs in Florida in the 1980s (and the extra E is not a typo, that'ss how it was actually spelled), and the chain still exists, ever-powered by skin-trade legend Michael J. Peters -- aka this guy.

Considered the man who “swanked up” strip clubs, and head of more than 50 internationally back in 1993 (you may remember him from Lifestyles of the Rich and Famous), in the late '80s and early '90s, Peters was truly living the dream.

And then he went to jail for some alleged fraud things that seemed maybe a little bit tied to the mob (not saying they were!).

Today, there are still at least two Thee Dollhouse venues operating that stem from the original chain, located in Tampa, FL, and Myrtle Beach, SC.

The Tampa location seems to be doing well enough, while the Myrtle Beach location has kicked it up a notch with perks like bikini golf outings and $5 steak-and-egg specials after midnight -- perhaps not the most hard-rock of moves, but who are we to judge? We’re just happy to know you can still, in some spirit, go to there.

For those who like things that never change – Atlanta’s Tattletale Lounge is still up and running, serving the masses like a never-sinking ship since 1976.

It has faced a few recent scandals, including a lawsuit filed in January 2014 by former employees citing underpayment and nonpayment of wages (tsk tsk, Tattletale), and it made the tabloid gossip arena a bit in 2009, after one of its dancers claimed she hooked up with Josh Duhamel (he of "Las Vegas" fame), who was and still is married to Fergie, or something like that. We’re not overthinking it.

With a $10 cover charge, feel free to swing by next time you’re in Atlanta – and maybe claim to be an expert on the Fair Labor Standards Act, because it probably won’t hurt.

The Seventh Veil is perhaps the most noteworthy venue mentioned in Motley Crue’s epic ballad, in part because the music video was filmed within its sexy walls. As lesser trivia, it's also celebrated in Steel Panther’s lesser, knockoff ballad, "Stripper Girl".

Open in some form since the 1940s and having once been a burlesque club, this flashing rainbow of a landmark on the Sunset Strip still serves Hollywood what it seems to generally want: Mostly naked women who dance for money.

In terms of current atmosphere, a Youtube review from funny and nerdtastic professional dancer Moonshine Bonanza alleges that bags of cocaine are still being passed around, the club serves 2 percent beer, and she was forced to dance as "Jenni - with an I" instead of Moonshine. Who knew that was actually a worse pseudonym?

The worst offense noted was that the owner's son would not let her dance to classic rock, and insisted she work with less-than-ideal house music. The Crüe would not approve.

But with a reasonable cover charge and “still open” status, it’s worth checking out.

Le Crazy Horse de Paris sashays proudly among the world’s greatest strips clubs, holding a “this place is classy” status that perhaps only France could hope to achieve.

Occupying former wine cellars, the club was opened in 1951 by Alain Bernardin, and is known for collaborating with celebrities like Dita von Teese and Christian Louboutin to concoct some of the sultriest stage shows ever produced.

Who goes there these days? Try Scarlett Johansson, Rihanna, Lana Del Ray, Robin Thicke, and Kevin Costner, based on photographic evidence -- so if you can join them, we suggest you go ahead and do so. Wear something chic, and leave your Cash Cannon at home for this one.

And if you can't make it to Paris, you can check out the roster of dancers with hair and names more amazing than American Gladiators here (beware: NSFW!), or catch a snippet of the club's current show, Désirs, here.

The Body Shop on LA's Sunset Strip has all the neon lighting a proud strip club should have, and perhaps the only words necessary: GIRLS GIRLS GIRLS, right under the words LIVE NUDE. It's like a really smart Instagram.

According to Rock Genius (that bastion of journalistic integrity), the club almost burned down due to bad wiring in 2008, but luckily all visible damage was repaired. As for the invisible damage, no one knows for sure.

With around 200 dancers on staff, two stages, a $10 cover charge and a two-drink minimum, Body Shop probably merits its own detailed description. But instead, we'll just give you this link so you can virtually creep around the facility, thanks to some questionable-but-awesome-right-now Google technology.

Described as "a ramshackle, seven-storey brick pile in downtown Vancouver" by one National Post writer, this facility now celebrates its status as the most reported and condemned building in Vancouver, and seems to cause a bit of polite Canadian dissent among residents who feel it cannot be saved by their tax dollars, eh.

After its heyday in the '80s, the former strip club space was apparently purchased by mormons who attempted to turn it into a cleaner dance/karaoke club.

They also apparently invited Mötley Crüe to visit the new, more whimsical venue in 2005, and you can guess who totally DIDN'T show up. Our advice? Take this one off your bucket list.

Though it's now a crumbling, dilapidated building, the Tropicana still has a fan club online where you can peruse a host of memorabilia about its former glory.

The club was best known for the regular mud wrestling competitions that took place after a few costume-themed strip teases on most evenings. Luckily, former wrestler Miss Ruby Tuesday, whose wrestling name was Red Snapper and who had the pleasure of taking down Andy Kaufman in the World InterGender Wrestling Championships, preserved footage from the Tropicana circa 1982.

You know, for science.