While The Bachelor, American Idol, and Survivor have dominated American television ratings for years, plenty of flash-in-the-pan shows have come and gone -- and a lot of them were weird. At some point or another, Temptation Island, The Swan, and Joe Millionaire all seemed like good ideas to somebody, and each went the way of the dodo, who, ironically, would've just KILLED it on Big Brother Mauritius.

But the United States is far from alone in its never-ending stream of trashy, bizarre TV; in fact, it can be downright tame compared to what fills the small screen in other countries. From the Spanish take on Jersey Shore to a Norwegian program where celebrities plan their own funerals, here are eight quirky, crappy, and classless shows people actually tune into around the globe.

Just take a moment to savor that GIF/loafer.

The hit Japanese show Sokkuri Sweets is simple, yet sensational: Celebs are presented with miscellaneous objects, and must guess whether they are either edible or not. They then must take a leap of faith and a healthy bite out of said object. That white shoe could either be cleverly disguised white chocolate... or just a white shoe.

The guy up top is lucky enough to eat a chocolate shoe. And the woman below eats the corner of a glass (but really it's sugar!!) table. Definitely not one to try at home -- unless your home is Hansel and Gretel's house.

As popular as American Idol, Abu Dhabi's Prince of Poets -- which had more than 20 million viewers last season -- is every bit as glamorous, too. Except instead of having contestants croon little-known Carrie Underwood tracks, this show pits literate wordsmiths against one another other. Yes, they read and write poetry, and although it's decidedly less hip than Def Poetry Jam, people love it anyway.

Contestants recite their verses in front of a panel and studio audience for a grand prize of more than $272,000 (1 million dirhams), which sure beats the $0 most poets ever make off their work.

Last year's winner, Alaa Janib -- a literature lecturer at Cairo University -- was also showered in confetti, wrapped in a Burda (a cloak emblematic of Arab heritage), and given a ring fit for a royal. 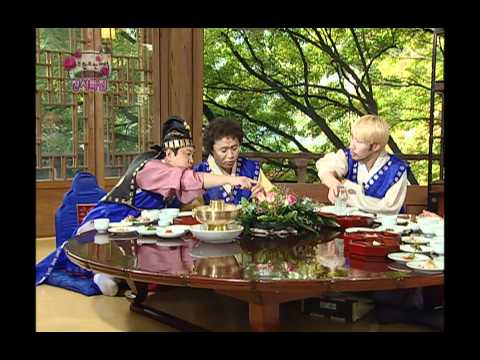 "Hey everybody in Korea, I'm so excited to be here. I love you", Hilton says after appearing around the 2:45 mark of the above video. Somehow, this isn't the strangest thing to happen in the exchange; she then proceeds to make uncomfortable small talk as the contestants shout random words of English while fawning over the talentless socialite.

It's just all kinds of awkward.

"A feel-good show about death", Kisten claims it gives viewers the chance to glimpse a side of household-name celebrities they wouldn't see otherwise.

Chances are Americans won't know the celebs that're featured, but the sadist in you might still enjoy watching them plan their funerals, adorn coffins with meaningful items, compile their send-off tunes, and wax lyrical about life. Morbid, perhaps, but you've gotta appreciate the honesty. Oh, and if it wasn't already bizarre enough, the host rolls around in a yellow car with a coffin on top. 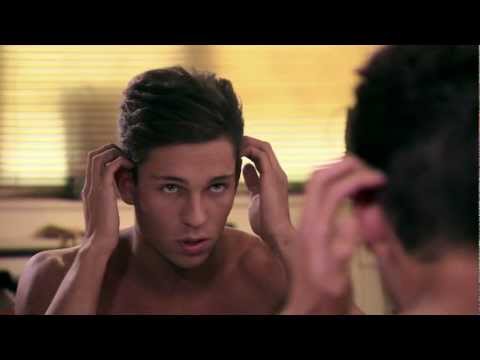 The Only Way Is Essex, United Kingdom

TOWIE, as it's fondly known in the U.K., follows the dramas and flirtations of a group of young, rich people who have, more or less, all slept with each other. Essex is the U.K.'s land of fake boobs and tans, fast cars and big egos. Basically, its New Jersey.

The show's so artificial that each week it starts with the same disclaimer: "While the tans you see might be fake, the people are all real, although some of what they do has been set up purely for your entertainment."

Swap "some of" for "nearly everything" in that sentence, and you're closer to the truth.

Here, the cast's quirkiest member, Joey Essex, the epitome of Essex in name, nature, and hairstyles, who's probably been drinking too much of the local water, teaches us all what the word "reem" means.

An insanely sexist show that's hard to believe still exists in 2014, Beauty Class is a demented makeover series in which a group of supposedly hideous (actually really hot) young women undergo a transformation to become beautiful. Apparently, part of this process -- as you'll see in the clip above -- consists of tying up the contestants in their underwear and tickling them with pink feathers.

According to Weekly World News, a voiceover on a promo for the show says: “Afraid to wear low-cut tops? Afraid to wear miniskirts? No problem, let us teach you how to change into an S-figure, to cultivate you into a charming collection, transform you into an perfect woman”.

Spain's answer to Jersey Shore -- the third take following the popular British equivalent, Geordie Shore -- Gandia Shore first aired in 2012, and has since dominated MTV ratings. Like Jersey Shore's other global spin-offs, the cast of Gandia Shore are a group of flirtatious, party-loving 20-somethings who live together, drink together, and, um... play together.

That's a nice way of saying they hook up a lot. 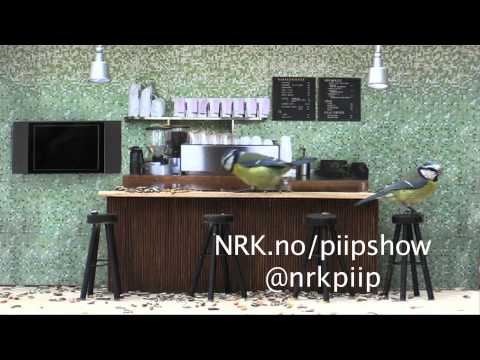 From the same broadcast agency responsible for The Coffin, Piip Show only sort-of involves Peeping Toms -- specifically, ornithophiles. That is to say: It's a show about watching birds live in different houses.

Hot news for all those Audubon Society voyeurs who are also into role playing.

Like Big Brother for winged animals, the show launched this March, and was developed by avid birdwatcher Magne Klann. For a slow TV show -- part of a Norwegian trend that saw a riveting eight-hour knitting broadcast, and a 134-hour stream of a ferry cruising the fjords -- Piip Show quickly became popular, even outperforming the country's version of The X Factor in ratings.

As well as birds -- of which there've been a variety, from the blue tit to the magpie -- viewers also got to see what would happen if a squirrel walked into a bar.

Chloe Pantazi is an editorial assistant on Thrillist's travel team. She loves The Only Way Is Essex so much that she's kept watching it, despite moving from the UK to the US. Thankfully, she has converted her American best friend into a fan as well. Follow her on Twitter at @ChloePantazi.