20 of the coolest things under the sea

The Earth is 70% water, most of which is still an unexplored wonderland of lost cities, buried treasures, and possibly some kind of unstoppable Osama-Megatron-hybrid-superbeast... Praying not to find the latter, we've taken a deep dive into the web and put together 20 of its most jaw-dropping sub-ocean sights. Feast your eyes:

2. Ithaa Undersea Restaurant in The Maldives is the only all-glass underwater restaurant in the world. They do accept walk-ins, just don't hold your breath.

3. The jury is still out on whether this massive underwater rock formation known as Yonaguni Monument off the coast of Okinawa, Japan is natural or man-made.

4. The lost Egyptian cities of Alexandria, Herakleion and Canopus are believed to have sunken over 1,500 years ago from earthquakes casting them and their many artifacts, relics, and treasures into the sea.

5. Try not to break anything as you drift through the Continental Trench in Silfra, Iceland. It's between the North American and Eurasian tectonic plates, meaning if something happens, it's not your fault.

6. Christ of the Abyss is a submerged bronze statue in San Fruttuoso, Italy depicting Jesus with his head and hands raised skyward, inviting people to touchdown on his base. 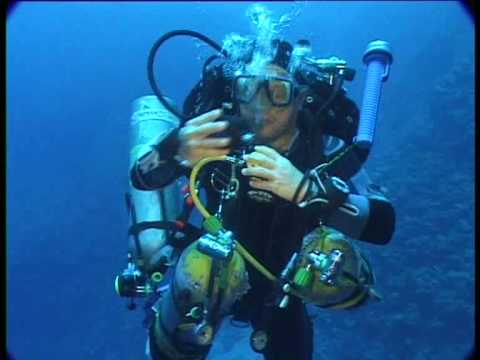 7. The Blue Hole, an underwater sinkhole in Dahab, Egypt, is also known as "The World's Most Dangerous Diving Site" and "Diver's Cemetery" due to its notorious number of diving fatalities. Who's ready for a swim?!

8. Jules' Undersea Lodge in Key Largo, FL is the only underwater hotel in the US where guests actually scuba dive to their accommodations, and bellhops earn their tips.

11. The world's first underwater sculpture gallery is Grenada's Underwater Sculpture Park, which features pieces bolted to a substrate 22ft deep, like this series of life-size faces molded into a coral boulder.

12. Poseidon Undersea Resort is still in the concept phase, but will feature an underwater restaurant and bar, library, luxury accommodations, wedding chapel, and spa.

13. This 76ft Brazilian yacht called "Endless Sea" met its end when it sank off the coast of Antarctica. Kind of ironic, huh?

14. This is the world’s only Underwater Post Office. You can pick your brain up off the floor now.

15. Once known as "The Wickedest City on Earth" because of its coma-inducing rum, rampant piracy, and prostitution, Port Royal in Kingston, Jamaica sank after an earthquake that was said to have punished the wild town in 1692.

16. A cadre of shipwrecks, downed planes, and tanks comprise the "Ghost Fleet of Truk Lagoon" that was once explored by Jacques Cousteau himself, so you know it's legit. 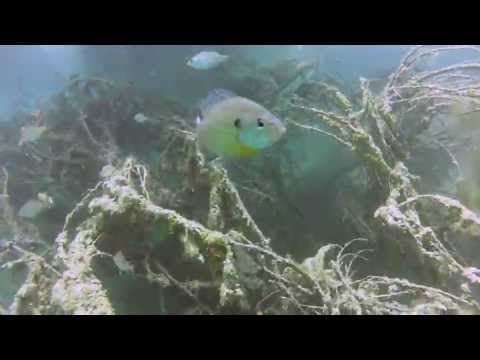 17. You wouldn't think there'd be much to see diving in Tennessee, but the attraction of Martha’s Quarry in Lebanon includes an underwater kitchen, living room, and pickup truck... just go with it.

18. After the 2004 tsunami struck the Indian Ocean, tourists and residents near Mahabalipuram witnessed the uncovering of relics that can be traced back to the 7th century as well as this temple, which is considered to be one of the "Seven Pagodas" from Hindu lore.

19. The Shanghai Ocean Aquarium in China features a 390ft underwater tunnel that allows visitors to walk through a coastal reef and open ocean without getting wet.