Sip playful yet refined cocktails in a sky-high hotel by the sea.

The Langham Hotels and Resorts 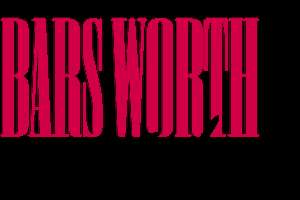 The Gold Coast of Australia is known for its stunning beaches and unfettered sunshine. Seriously, it’s almost annoying how perennially perfect the weather is here. While the city and surrounding area has long been a prime vacation spot for Australians, its appeal has only recently gone global. And with the opening of the Langham Hotel last June, the Gold Coast is proving it’s ready to receive—and woo—this newfound international audience.

The 339-room luxury property is built into the tallest of a trio of geometric towers stretching gracefully towards the sky. Together with the neighboring residences, it represents the first major development directly on its area of coastline in over 30 years. The Langham’s bar manager Roman Devchich views it all as a most precious addition to the landscape… a “grand jewel,” if you will. So when Devchich was tasked with evoking that vibe in cocktail form, he knew exactly what to call it. It was just a matter of knowing what to put in it.

“The Grand Jewel had to embody the Langham Gold Coast in every way,” he explains of the hotel’s hallmark beverage. “Our team came together collaboratively to curate the ingredients, and we landed on the Brookie’s London-style dry gin as a base. It gives a nod to our British heritage, but it’s also infused with native botanicals of Southeast Queensland. Beyond that we opted to apply a rosella syrup. It’s another local ingredient that also adds a hint of pink, which is a signature color of the Langham brand.”

The drink is served chilled with diamond-shaped ice, in Nick & Nora stemware, topped with Taittinger Champagne. After preparation, guests at the Lobby Bar are treated to its theatrical presentation. Devchich affixes a berry-scented smoke bubble to the rim of the glass. The jiggly bauble hovers above the liquid until you come in for your first sip, at which point it bursts playfully before your eyes. “It’s a garnish that says we are here to have fun,” he adds. “But in the most opulent way possible.”

Thrillist TV
History of
The History of Tailgating
Related
Related

Finally, a drink worthy of the scenery.

This is perfectly representative of the setting: refined, yet relaxed. The drink is elegant yet approachable, its curious florality riding a whimsical wave of effervescence. It goes down easy in the hotel’s polished drinking parlor, which boasts white marble surfaces and extravagant bottles ascending six shelves of backbar. You wouldn’t feel out of place in a dinner jacket here. But there’s also an ocean breeze swirling through the space, facilitating boisterousness and curtailing aggravated self-seriousness. Sandy sneakers are a part of the unofficial uniform here, and gin is the unofficial spirit.

“I am a huge gin fan,” admits Devchich. “It’s extremely versatile and distillers can be very creative with it.” Another point in gin’s favor? “All of our cocktails feature locally-sourced ingredients to some capacity. In fact, the vast majority of our menu consists of ingredients from within 100 kilometers of the hotel,” he explains. “With gin, especially, we can introduce visitors to the incredibly unique flavors of our native botanicals.”

Take, for example, a drink in which Devchich combines lemon myrtle with Wildflower Signature Gin. The Gold Coast producer incorporates honey from the distillery’s backyard into its final blend. He balances out the subtle sweetness with an herbaceous element, courtesy of a yellow Chartreuse rinse. By and large, creations such as this are a welcome departure from competitors throughout town, many of whom seem content to play it safe. “Drink menus around the area mostly consist of your classic ‘vacation’ cocktails,” he warns. “But we’re now getting millions of tourists, domestically and internationally. So we are trying to show them how diverse and fascinating the Gold Coast region is in terms of spirits and liquors.”

The area is unquestionably diverse and fascinating from a geographic standpoint, too, a reality which becomes increasingly clear as you make your way higher onto the 20 stories worth of guest rooms stacked above the bar. Spacious rooms afford wide panorama. The view sweeps from the Pacific to the corrugated hills of Queensland’s aptly-named Scenic Rim. You can spend the night here for as little as $335 a pop in the summer months, which span late December to early April, when temperatures rarely dip below 67 degrees Fahrenheit. Not that you’ll experience anything under 50 during the winter months, either.

Regardless of the season that suits you, it’s now easier than ever for you to make the journey, since United Airlines just launched direct service between San Francisco and Brisbane. It’s the first American carrier to service the capital city of Queensland. And from the airport it’s only about an hour drive to the Gold Coast. Of course, that’s after a 14-hour flight across the Pacific…but it’s bound to make your first cocktail at the Lobby Bar that much more monumental. Besides, as Devchich is keen to point out, “a drink here is more than a drink, it’s an overall experience. More than a place to be seen; The Langham is the place that makes you feel.” So when that warm and fuzzy feeling takes hold, remember that it’s the drink, not the jet lag—we swear.

Brad Japhe is a freelance journalist with a wicked case of the get-up-and-gos. He’s usually found at the junction of food, booze, and travel. Follow him on Instagram.