How 'What Happens in Vegas...' Changed the Way an Entire Generation Goes on Vacation 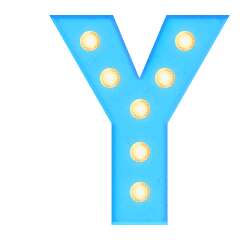 You can nail down the moment when "What Happens in Vegas, Stays in Vegas" made the leap from a popular advertising slogan to an iconic cultural landmark. While stumping for her husband's presidential reelection bid during the spring of 2004, former First Lady Laura Bush sat opposite Jay Leno on The Tonight Show during a televised break from the campaign trail. "Now, you were in Las Vegas last night," Leno said, in his usual lilting banter, "I imagine partying until dawn? Did you gamble at all while you were there? Did you pull a slot machine? Did you go to a Chippendales show?"

"Jay, what happens in Vegas stays in Vegas," Bush quipped back, turning to the fluffed audience who reveled in her (likely) prepared wit that, thanks to the most popular show in late night, firmly planted the phrase into the American lexicon.

"That was the moment when we knew we really made it, and that this was a big deal," said Billy Vassiliadis, CEO of R&R Partners, in a recent interview. His advertising firm has worked with the Las Vegas Convention and Visitors Authority for nearly five decades, luring tourists to Clark County's desert destination. "It was like, 'Did the First Lady really just quote our commercial on The Tonight Show?'"

She really did. The "What Happens Here, Stays Here" campaign (as it is stylized in the ads) has developed into a literal Hall of Fame-caliber marketing push, spanning nearly 14 years -- and still going -- with hundreds of television, print, internet, outdoor, and radios spots all pushing the same shtick.

But its lasting impact is more substantial than simply making Vegas' brand more popular than Apple in the mid-aughts, or helping craft the city's newfound image as a Disneyland for adults. It helped change the philosophy of what a vacation should be, and captured the ethos of an entire generation's motive for traveling. And its story begins with two housewives from Minnesota, who just got a little bored with everyday life. 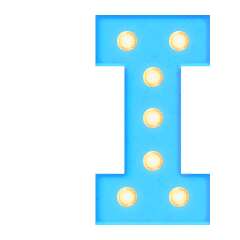 It's hard to believe now, but four years prior to Laura Bush's appearance on The Tonight Show, Las Vegas was suffering an image problem. What happened there, stayed there -- but for the wrong reasons. The gilded Rat Pack-era glamour that had made Vegas a glitzy destination for the Greatest Generation had faded like an old Polaroid. Even though developers, according to Vassiliadis, had been pumping vast sums of money into rehabilitating the city's tarnished appeal since the mid-1990s, few were aware of the changes.

"We had casinos investing millions into bringing world-class shows, shopping, spas, restaurants... basically anything you could want to the city," he said. "Vegas was turning into a real destination for fun." And it's true: Many of the sprawling, multi-billion dollar hotels/casinos/shopping centers/pseudo-theme parks that define the Strip today didn't even open until the late '90s. "We needed a way to tell people, to shake them and say, 'Hey, there's so much more than gambling here,'" said Vassiliadis. "Vegas just didn't have the same appeal it used to have. Casinos were opening up all over the country. Gambling just wasn't a big draw anymore."

In order to show the public what Vegas could be, R&R Partners needed to figure out what Vegas was. So, circa 2000, they launched a nationwide R&D project targeting "average" Americans. They asked focus groups to complete exercises like "pack a suitcase for a Vegas trip" and answer questions like, "What does the average Las Vegas tourist look like?"

Simple enough, especially for two focus group participants in particular: a pair of professional housewives from Minnesota. While each of the women was the average Vegas tourist, neither liked to advertise it. Every year, they would pinch pennies, scratch X's through four days on their calendars, and tell their families they were retreating to the kitsch and relaxation of the Wisconsin Dells. Although they kept these trips a secret from their families, they had no qualms dishing to their focus group.

"They had been doing this for a number of years," Vassiliadis said. "They called it 'their secret,' and they said they kept it their secret. They would drink, go to clubs, go to the pool, gamble. They told us that whatever they did when they were on their trip didn't have to follow them back home, and they said that one part of their personality always stayed in Vegas. When we heard this, we knew we had something." The jackpot. 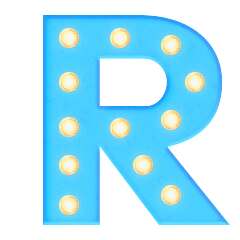 R&R Partners tweaked the Minnesota housewives' story to fit the constraints of a long-held cliché popular with classic rock bands and international sports teams. Everything was falling into place after the initial ideation in 2000, until R&R had to hit pause for two years. "9/11 happened, of course, and the country needed some time to recover before it was appropriate to launch a campaign like this," Vassiliadis explained.

In 2003, when R&R was finally ready to debut the ads, things did not go as planned. Despite the intent to refocus away from gambling, the NFL banned the ads from airing during the Super Bowl telecast because of Vegas' inherent ties to betting (in hindsight, an even more ridiculous decision -- the NFL's own Oakland Raiders will be moving to Las Vegas as early as 2019).

Buoyed by the controversy's mainstream news coverage, the ads "went viral before things went viral," Vassiliadis said. As in-house analytics from R&R reflect, the campaign turned Vegas into one of the most recognizable brands in the world -- outdoing New York City's worldwide brand awareness by twice the amount in two years. Tourism steadily increased to the city, even through the recession later in the decade. Las Vegas was able to avoid the fate of Atlantic City, which is basically a crumbling ruin of another era. But the ad's impact reached far beyond the superficial motives of giving your dad a new punchline, or bringing gaggles of visitors looking to drown everyday monotony in open bars, Cirque du Soleil, and shrimp buffets. The campaign encapsulated some of the core tenets the emergent generational group, with its $1 trillion buying power, held dear in their vacations: a short-burst round of pressure-releasing escapism through unique, liminal experiences. Basically, a sandbox for adults. 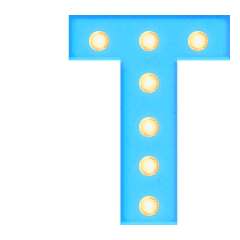 The main motives behind all travel are pleasure and freedom, an escape from the monotony of reality. Vegas is the grand facilitator.

"You can't go full-tilt fun your entire life, but once in a while, everyone needs an escape valve," said Dr. Nuno F. Ribeiro, a professor at the University of Illinois who has dedicated much of his professional life to studying hedonistic tourism.

"For different people, that means different things. But one thing is constant: Las Vegas has become the modern-day destination of choice for people looking to let loose."

Robert Thompson, trustee professor of television, radio, and film at Syracuse University, agrees that the commercials drove that concept into the brains of consumers. "The campaign certainly solidified that idea of Vegas as a kind of ground-zero for acting out, and acting naughty," he said. "It put Vegas right back up there with cities like New York and New Orleans in terms of worldwide recognition, as a pop culture icon."

Think about The Hangover: the highest grossing R-rated comedy of all time and, effectively, a three-part feature-length "What Happens Here" commercial. It's likely that The Hangover and its sequels would have never been made without the Vegas rebrand and the new "hall pass" mentality that came with it. But the impact of this brand overhaul was never just sequestered to Vegas, or movies starring Zach Galifianakis.

"Culturally, it's definitely one of the more memorable and influential ad campaigns of its era," Thompson added. "And really, it helped change the whole lens we view travel through."

While the advertising firms on Madison Avenue have always hawked escapism in travel ads, the "fun" was always a passive experience -- for instance, encouraging would-be tourists to come and observe the splendor that Vegas facilitates. Advertisers would shove ham-fisted sizzle reels and nonsensical dance numbers down consumers' airwaves. This might have worked for the Baby Boomers, who statistically prefer their vacations to be "relaxing," but younger generations want to be an active participant in the experience, instead of simple voyeurs in an on-rails vacation.

"Our current generation's idea of travel is very much centered around experience-first, and Vegas, thanks in large part to this ad campaign, has really driven that idea forward, and solidified it," Ribeiro, the tourism professor, echoed. "I think it changed the face of travel, and has been imitated countless times. It allowed visitors to fill in the blanks, to cater to their own expectations -- which in a way, is the new ideal of travel."

The ads aren't just about being funny; they peck away at consumer psychology. While the aftermath of trips to Vegas are displayed in varying degrees of embarrassment, regret, and shock, the events that "happened in Vegas" are never explicitly shown. You see the landscaper, blackmailing a homeowner over an off-screen incident; you see a woman stranded in her own hangover, requesting "the late-late checkout"; you see a man being judged at the Pearly Gates with "missing pages" from his life's record.

What the viewer witnesses aren't the reasons for traveling, or even the experiences of traveling itself: it's the aftermath and the consequences of acting out. The good stuff is always kept to the imagination.

And if the purpose of advertising is to elicit an immediate buy-in from the ad watcher that turns a call-to-action into real-life money spent, "WHHSH" is unquestionably a clinic in marketing. For a generation admittedly obsessed with creating memories, with freedom, with Choosing Our Own Adventure, there's nothing as desirable as being able to find our own version of perfection in the confines of experience. And with more than a decade of Vegas telling us "this is what travel should be," who can blame us for expecting this out of every other place we visit?

"When I'm teaching, this is my go-to example of travel marketing done right -- as I'm sure it is in classrooms all over the world," said Ribeiro. "After its success, every other city in the world wanted to copy it. But unfortunately, you know, 'What Happens in Cleveland, Stays in Cleveland,' doesn't exactly fit the bill. Vegas just works." It worked 10 years ago. It still works today.

Ironically, Vegas' promise of a reliably short memory has played right into what current travelers want: an experience they won't be able to forget, even if the details are hazy. And -- particularly in an age where literally everything we do can be shot, edited, and uploaded at any given second -- the draw of having a self-contained center of freedom is more important than ever. As long as it stays that way.

"Now, we're at the point of recommending people leave their cell phones in their hotel rooms," Vassiliadis said. "We do have to make sure what happens here continues to stay here, right?"

Wil Fulton is a staff writer for Thrillist. He's never been to Vegas, so he wouldn't know. Follow him: @wilfulton.