During the Celtic Connections music festival in Scotland, I found myself wedged into the Glasgow School of Art's sweaty student pub. Festival-goers and aspiring young artists were spilling beers and chatting while we waited for the next act. I was lucky enough to snag a seat, sliding in next to two women -- one maybe 20 years old and the other about twice her age. Both appeared to be more than a few pints deep.

"This is my mum," the younger woman told me, laughing as if it were the most novel thing she'd ever told anyone. "Can ya believe it? My mum is in the pub?"

"Look," the mom said with the same insistence you might expect from a burly, red-bearded man pointing a shot of whiskey at you. "If I'm gonna have a daughter with a flat in Glasgow, I'm going to come and fuckin' visit. This --" she said, motioning around at the pub, "you don't get this at home."

I asked if they partied together before the daughter headed to college.

"Ah, fuck no," the mother blurted. "But you don't have a place to stay in Glasgow and not come."

This heartwarming scene is why I tell you to put Glasgow -- Scotland's biggest city, and its densest, and its grimiest -- on your map for a no-bullshit urban cultural vacation. This one-time industrial hub of Britain has reinvented itself as an artist's paradise. Yes, it still feels like a place heroin addicts would call home. Not for nothing was the 1996 drugs-and-crime classic Trainspotting filmed here: The blanket of cold mist and gray skies and Iggy Pop-infused chase scenes are distinctly Glaswegian. But at a time when so many big cities around the world are starting to feel the same, Glasgow still gins up grit to go with its beauty.

What you get in Glasgow is a city thrumming with creative energy that hasn't yet been choked out by $18-a-drink cocktail bars and three-blouse boutiques. Glasgow isn't a place where art congregates; it's a place where art and artists actually live. Cafes below street level are filled with art students working on their projects; old factories are turned into sculpting collectives.

The gray-and-beige buildings set against dark-white skies alternate between 12th-century cathedrals, Victorian marvels, and regrettable 1970s brutalist concrete boxes. Smells from curry houses mix with grease from gourmet donut shops, as joyous noise pours out of the pubs that seem to be legally mandated at one per block. It's a place where old has been filled with new, gray has been filled with color.

Feeding art with the bones of dead industry

During the Industrial Revolution, Glasgow was an important port for manufactured goods. Later, between wars and depression, the city's heavy industry fell on hard times, and through much of the 20th century Glasgow became synonymous with slumping factories, empty lots, and crime.

Detroiters could tell you what happened next. Low rents and big spaces attracted creative types. Instead of clinging to dying industries, Glasgow decided instead to follow the weirdos. In the 1990s, the city put money behind art, culture, and architecture. It invested in art collectives. It renovated its museums. The ensuing cultural explosion led to what Swiss curator Hans-Ulrich Obrist called the "Glasgow Miracle." Glaswegians don't exactly love the term, but it describes the city's transformation from industrial wasteland to art haven.

You may not know Glasgow in the same esteem as such traditional art destinations like Paris or Madrid. But consider that the museum pieces in the old-guard cities may be decades or centuries old. For what's going to be in the royal museums of tomorrow, you must turn to Glasgow, the new forefront.

Look no further than The Modern Institute on Osborne St for proof of that. The institute works with dozens of artists to curate some of the best modern art on the planet. Since opening in 1997, it has established itself as a world-class incubator of new art, representing the likes of Luke Fowler and Jeremy Deller. Emerging artists come here to be showcased through exhibitions, fairs, and the institute’s own displays. A trip here is like going to a high-school football game in Florida: You know you're seeing the next great talent before anyone else hears about it.

The city also made a public investment in murals, not only allowing artists to come in and create on dilapidated brick buildings, but turning them into a bona fide civic attraction. Glasgow’s City Centre Mural Trail is a fascinating walk through provocative street art that brings color to once-dying structures. A mural depicting a café full of elephants, zebras, and sharks covers a vacant shop on Argyle St. A toucan looks out over St. Enoch Centre. A homeless man holding a bird bookends a stretch of red brick flats on High St, a depiction of a modern-day St. Mungo, the founding saint of Glasgow.

The museums here are also pressing toward the future. Take the restored Kelvingrove and its flexible design space, allowing for new "stories" to be told there every couple of months. Or the uber-rare Burrell Collection, home to 9,000 pieces visible nowhere else that's undergoing renovation until 2020. But the museum that best shows what Glasgow is, is the award-winning Riverside Museum.

This Zaha Hadid-designed structure tells the story of Glaswegian transportation, a seemingly mundane topic made captivating by the museum's design. Old bikes hang upside down from walls above antique cars. A full mock-up of an early-20th-century Glasgow, complete with a cable-car subway station and antique rail cars, is filled with 21st-century visitors. Riverside is interactive, educational, and artistic, and puts a bold spin on the geeky world of infrastructure.

To the untrained eye, the city's East End looks like a place heavy industry went to die. Brick warehouses sit alongside railroad tracks, with graffiti tags as the only decor. Dented metal doors make many of the buildings look condemned, a bit like the aesthetic of New York's Meatpacking District in the 1980s.

But it's the unsexy real estate that allows creative people to thrive. And it's more than just your traditional "artists." Trakke, a boutique line of canvas messenger bags popular enough to have waiting lists, has workers handcrafting bags on the bottom floor of a warehouse. Owner Alec Farmer says it's the perfect space for this company, aside, perhaps, from wayward patrons from the nightclub SWG3 upstairs showing up in his workspace looking for the bathroom.

Creative types can make their homes here because prices don't keep them out. Glasgow is only moderately expensive for a city in Western Europe, with a consumer index that's literally half of what it is in Zurich. Paris is 30% more expensive. San Francisco is 347% costlier. Owning property -- a concept many millennials find as foreign as a VCR -- costs 80% less in Glasgow than it does just across the water in Dublin. Hell, even a pint in a pub is rarely over £3. Which if you do the math means you could have four for under $20. 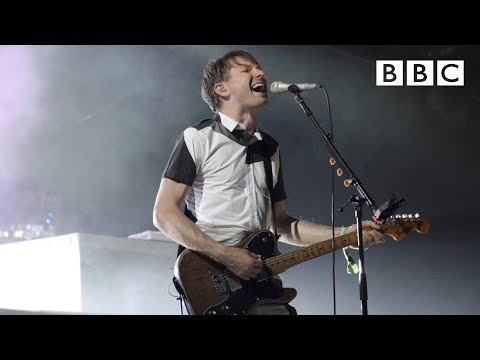 "Everyone in Glasgow is either in a band, was in a band, or is making a band," says Emma Pollock, the lead singer of The Delgados. Pollack is answering questions after a screening of Lost in France, a documentary about her band, among others from the legendary Chemikal Underground label. It examines the influence the Glasgow label had on Scotland and the music world beyond, spawning Franz Ferdinand, most notably, but also well-known bands like Arab Strap and Mogwai.

Though the label doesn't have the clout it once did, Glasgow's live music scene remains among the best in Europe. And it's best experienced during one of the dozens of music festivals the city hosts every year. Developing these festivals was another way the city transformed itself into a cultural destination, inviting comedians in the summer and Celtic artists in the winter.

Glasgow's thriving creative scene drew 2.7 million visitors in 2014, many of which came from within the UK. Those within the country know Glasgow is something special. It's not a place you come for a tan, or to drink rosé with beautiful people, or to enjoy the great out-of-doors much at all. But it's a hell of a place to see the designs of tomorrow burst from the rubble of the past.