You've heard him use the word motherf***er 171 times onscreen. You probably follow his incredible Twitter account where he used the word with 151 unique spellings. He is an American treasure and his name is Samuel L. Jackson. ("Want to know what the 'L.' in Samuel L. Jackson means? None of your f***ing business.") It's a Monday. Let him be your spirit guide.

2. "I get paid all day, every day, which is almost too much for a sensitive artist."

3. "Not everybody goes to movies to get their life changed."

5. "What kills me is that everybody thinks I like jazz."

6. "I never asked for anything except a purple light saber. George said, 'Well, light sabers are either red or green.' I said, 'Yeah, but I would like a purple one.'"

11. "If you have an opportunity to use your voice you should use it.”

12. "The best advice that was given to me was that I had to be 10 times smarter, braver, and more polite to be equal. So I did.” 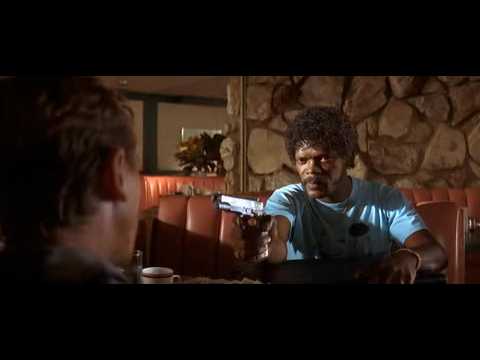 13. "People like the Ezekiel speech. I have to say that speech about three times a week to people, just to prove that I still know it."

Ethan Wolff-Mann is an editor at Supercompressor. He likes his Royales with cheese. Follow him on Twitter @ewolffmann.