What I Learned Teaching At The Druggiest College In America

High Times applauded us. Moral guardians condemned us. And whenever I stumbled back to my dorm after a late night of (insert missing memory here), I never worried about getting lost—the reliable neon pot leaf shining from the Student Union Building window was always there to light (!) the way.

In August of 2006, I shipped up to SUNY New Paltz, eager to embrace higher (!) education. Four years later, I was a grad student, teaching a first-year composition course. A few years later, I learned that SUNY New Paltz is number one in the nation for drug arrests per capita. It didn’t exactly come as much of a surprise; there’d been clues. The way the dorms smelled like a music festival. The curious dragon and wizard keychains that business owners peddled on Main Street. The unimpeded success of the local pizza shops.

Here’s what I learned, encountered, and tried to ignore while attending, then teaching at, the druggiest college in America.

Different rankings matter—like the one in High Times

Let’s get this out of the way before any administrators reading this bars me from all future alumni events—SUNY New Paltz is a fantastic school. The professors are dedicated, the student body is diverse, and you don't even need to be stoned to enjoy the food. These accomplishments were recognized in 2008 when Kaplan/Newsweek named SUNY New Paltz the “Hottest Small State State School in America.”

That wasn’t the only honor the university earned, though. My very first week as a student, High Times magazine released its list of the “Top 10 Counterculture Colleges,” and wouldn’t you know it, we made the cut. And my parents wondered where everything went wrong, presumably.

As an instructor, I’d set aside a portion of class time at the end of each semester to talk about stress-busting techniques. Students had a lot of assignments to tackle, and I wanted us to to share our ideas about how to get your work done and stay sane.

Many suggested yoga, or meditation. Others told me that when they finished writing the paper I assigned them, they planned to reward themselves by smoking a fat bowl. Most places, students probably wouldn't cop to committing a crime if a teacher asked. There, this info was readily volunteered during lessons. It had a reputation, and many thought the issue was safe. They might have been surprised to learn that...

The campus cracks down hard

While students may appreciate the pot-friendly culture, the administration is never going to be as accepting. Their job is to provide a quality education, and convince parents that this is the type of place they’d want their kids to attend. Being known as Stoner School is not the way to do that.

As such, rather than being lax about these issues, the university is reactionary and notoriously strict. As per the draconian official policies, if you’re caught with weed twice, you’re expelled. In fact, there's reason to believe that, despite the known prevalence of pot on and around campus, the real reason we had the most drug arrests was because the university police are actively trying as much as possible to discourage this behavior.

As someone who has both attended and taught at SUNY New Paltz, I can definitely say that, if classroom participation is an issue, bringing up the topic of drugs will solve that problem. No matter what the focus of the lesson may be, as soon as the discussion turns to the merits of legalization, the medical benefits of marijuana, or just the fact that weed exists and some people think it's awesome, kids who generally lounged silently in the back of the room will suddenly have a whole lot to say.

Case in point: My first semester, in a psychology course, the guy who sat next to me finally started talking about something other than Lost when we got to the chapter about how drugs affect the brain. He kind of went on a rant and I just wish he would have got to the point where he talked about how drugs affect Lost. It was 2006 and that seemed like important information.

As an instructor at the school, I noticed that many of the most passionate, thorough research essays I received were the ones arguing in favor of reefer reform. At some colleges, students get worked up about fighting for victory against the rival football team. At ours, it was all about fighting the law.

I don't want to paint the wrong picture. This wasn't some open air drug market, like The Wire: College Edition (where everyone is McNulty). You could go days, even weeks, without seeing any sign of the stuff. But the moment you brought it up, it was taken seriously.

Once, while hanging out with some friends and trying to decide what to do that night, someone joked that we should drop acid and watch Hellraiser. Now, obviously he wasn't honestly suggesting this, because the person who said it cared too much about his mind to do stupid things like drop acid or watch Hellraiser, let alone do both at the same time. I think that's considered suicide by self-induced insanity.

A good portion of the people there took it seriously, though. One was bummed that he only had 'shrooms back at his dorm, and not acid, so the plan wasn't perfect. At this school, this was not the kind of behavior you could merely joke about. Someone was going to try to make those outlandish plans a reality.

You get your school's reputation

"You have a better chance of becoming apart (sic) of a human centipede then (sic) meeting a normal person."

That's from SUNY New Paltz's Urban Dictionary entries, which insist that this college is a Twilight Zone of hippies and poor shaving habits. On college discussion sites, prospective students and their parents often ask about the drug culture they've heard so much about. When I told my high school classmates where I was going, they commended me for choosing a quality party school. After getting our shout-out from High Times, professors knowingly referred to us as the "Number One Pothead School." When my parents had me fully moved in for my first weekend, my dad's last words to me were "Remember, you don't have to smoke weed if you don't want to."

This is what happens when you start a college near Woodstock

Some schools are in cities, with public transit offering students the chance to explore a large geographical area. Others are isolated from the nearest town, preventing much overlap between campus culture and local color. SUNY New Paltz is so close to town that when when I moved off campus, I was closer to my classroom buildings than when I lived in a dorm.

And, situated a half an hour away from that land of tie-dye and aging Deadheads that is Woodstock, NY, New Paltz is a famously hippie-friendly environment. Local rumor has it that Bob Dylan took inspiration from a famous nearby landmark when he penned "All Along the Watchtower" (to be fair, he wasn't far at the time of its writing). Paul Simon name-dropped the village in his song "Killer Wants To Go To College." There's a local patch of land called Peace Park. If you live near Main Street, it's easier to buy organic groceries than good old-fashioned GMO steroid produce, like a real American would. 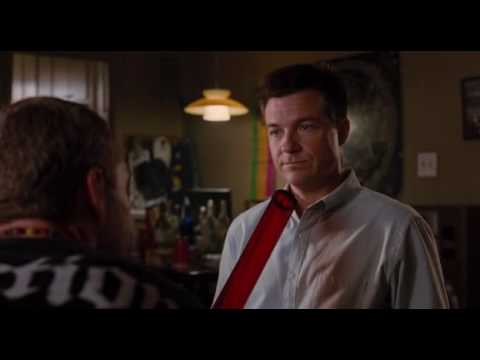 It's actually not that in-your-face, because most people are chill about weed

If you're imagining my college experience as involving a bunch of mud-soaked maniacs rolling around in an empty field, hey, dude, what we did to deal with the pressures of finals season was our own damn business. Go snort some Adderall.

In reality, though, on an average day, I doubt that life there was much different than it was for any other college student. Yes, we were aware that drugs were part of the culture, and yes, we often saw people smoking them/buying them/selling them right there in front of the bartender like it was no big thing, but they didn't define the experience. In fact, I secretly suspect that our numbers of drug-users weren't dramatically greater than those of any other school, they just weren't as smart about it as some people.

That neon pot leaf I told you about (which you can see here, in case you didn't believe me)—that came courtesy of our chapter of Students for Sensible Drug Policy, an active organization on campus that, at the very least, dispelled the myth that stoners can't get anything done.

At most colleges, getting high is a way to pass the time. There, it could be a crusade. To, uh, "celebrate" the fact that the campus had the most drug arrests in the nation in 2013, an awards ceremony was held for the police union. Students showed up to protest it. Every year, the SSDP organizes a "Rock Against Racism" concert, which specifically targets the failed policies of the War on Drugs. The tension between students and campus police even led some to propose an armed student militia a few years back. Even the lunatics at Free Republic were a little worried about that one.

Through organizations like the SSDP, students and faculty have come together at organized discussions to talk about drug policy. Others have worked to start a Harm Reduction Program in order to better educate one another about the health threats of these substances. I'm no sociologist (because I didn't want to completely waste my parents' money), but I can say that, maybe, just maybe, when students, faculty, and administration communicate with one another about these topics, the end result is better for everyone.

Note to anyone I know reading this: I don't care what is going on in my life when New York finally legalizes recreational weed. Whether I'm at a funeral, wedding, or budget funeral-wedding combo, when that happens, I'm ditching your ass and heading right back to campus. I need to see how those crazy stoners react.

Joe Oliveto is a staff writer for Supercompressor, and he's curious about why so many of his former classmates have decided to move to Colorado. Learn nothing about the dangers of drug use by following him on Twitter.

Want more of the stuff you shouldn’t tell Mom about delivered straight to your inbox? Click here to sign up for our daily email.